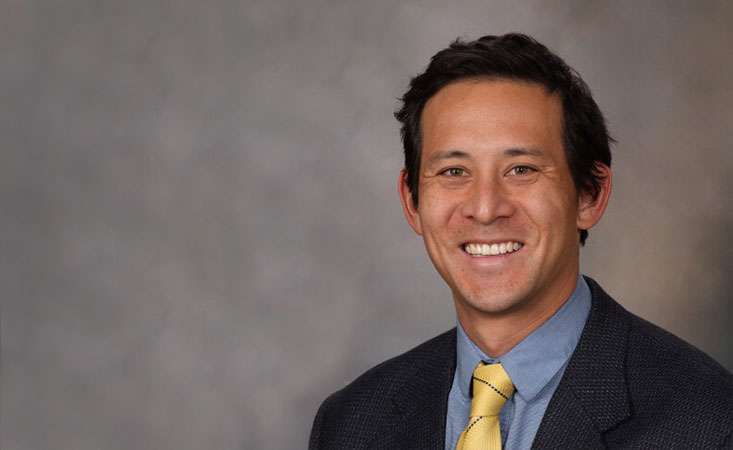 If you had asked Jason Doles, PhD, five years ago where he anticipated he’d be today, he would not have been able to predict that he’d be an assistant professor of biochemistry and molecular biology at the Mayo Clinic in Rochester, Minn., focused on muscle wasting in pancreatic cancer patients.

Doles’ path to Minnesota took a lot of twists and turns – educationally, professionally and geographically. “I grew up in Hawaii,” he said, “and then went to college in Rhode Island. There, I was a political science major and thought I’d pursue a career in politics.” 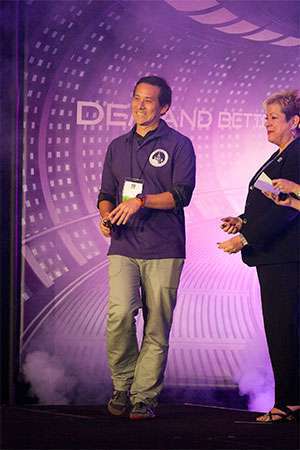 Following college, he moved to Wisconsin, where he got his first experience with laboratory research, getting a job as a technician in a mouse lab.

“The work was really cool, and as I got better at my job and more efficient, the principal investigator gave me the opportunity to work more closely with graduate students and postdoctoral fellows, piquing my interest in lab science even further,” Doles recalled.

Inspired to pursue grad school himself, Doles and his future wife, Mali, were both accepted into universities in the Boston area. After rotating through several labs, and without a preconceived notion of what type of research he wanted to pursue, Doles settled into a lab focused on cancer cells’ resistance to chemotherapy.

“I was fascinated to learn that a subset of cells within a tumor behaved differently than the other cells,” he said. “Known as tumor stem cells, these cells often comprise the ‘residual disease’ left behind after chemotherapy treatment. These specific cells play a huge role in the tumor relapsing after seemingly successful and effective treatment.”

From Boston, Doles and Mali – and their two-year-old daughter Kadin – relocated to Barcelona, Spain, where he shifted gears and joined an aging lab for his first postdoctoral fellowship. Both in Spain and during his next postdoctoral position in Colorado, Doles expanded his knowledge about adult stem cells – cells with the capacity to replenish and regenerate cells or tissues that were damaged within the body – a clear parallel with the functions of cancer stem cells.

When it came time to search for faculty positions, Doles did not cast a wide net. “I applied to two places,” he said, “and was so fortunate to get an offer from the Mayo Clinic. The position involves muscle biology, and I had a few choices of how to apply that to human disease.”

He continued, “I chose to look at muscle wasting disorders in cancer, known as cachexia, and upon conversation with some of my colleagues, I decided to focus on pancreatic cancer, where patients experience some of the worst weight loss and muscle wasting.”

Tapping into his vast expertise and knowledge from his training, Doles decided to take a less conventional approach to studying cachexia. “Most researchers who work on cachexia focus on the mechanism of muscle cell breakdown. I’m more interested in regeneration and repair – is it possible for the body to rebuild the damaged tissue and relieve the patient’s suffering?” 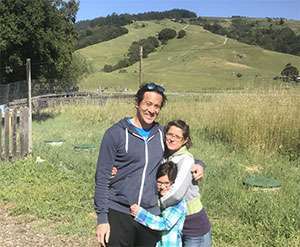 A California vacation with wife, Mali, and their daughter, Kadin (8).

The next challenge was funding. “I applied for a PanCAN [Pancreatic Cancer Action Network] research grant. I was nervous that my background wasn’t as aligned with cancer research and pancreatic cancer knowledge as other candidates,” Doles said.

He was surprised and elated when he was selected for a 2017 Career Development Award, through a competitive peer-review process. And, the grant has already helped him secure additional funding to continue his research efforts and allow his lab to focus nearly all its intellectual effort on pancreatic cancer.

“Beyond the funding, through PanCAN events, I’ve had the opportunity to meet and speak with several pancreatic cancer survivors and family members who’ve lost loved ones,” Doles said. “This really puts a face to our research efforts and allows me to hear firsthand how big of an impact cachexia can have on patients’ challenges with this disease.”

He added, “PanCAN helps make everyone feel like they’re part of something important, working together to advance the collective goal of improving survival and quality of life. Everyone has a place, and we’re all connected in our drive to help patients.”

Through your support, we can continue to fund bright and motivated scientists to devise innovative strategies to improve patient outcomes.
Share  Tweet
More on:
You may also be interested in...