The first time I came face-to-face with pancreatic cancer, as a third year medical student, I had no idea how bad it was. I assumed – like most people – that some combination of surgery, chemotherapy, would be available and slow progression of the disease, at least somewhat. But of course, early detection methods and effective treatments for pancreatic cancer are sorely needed. 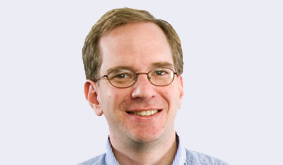 As I learned more about the disease during clinical training, this contradiction puzzled me: What is it about this cancer that makes it so likely to spread prior to detection? Why is it so hard to treat?

Standard anti-cancer approaches have not been as effective in treating pancreatic cancer as we would like them to be. This means that – as a field – pancreatic cancer researchers need to “think outside of the box.” Fortunately, it is happening. Existing mouse models of pancreatic cancer are far more sophisticated than they were just a few years ago, permitting a more detailed understanding of what happens during the formation and progression of a tumor as well as a more robust way of testing candidate drugs. There have been important advances in the genetics of pancreatic cancer, and important efforts are underway to understand the immunology of this disease. More scientists are working on pancreatic cancer than at any time in the past.

The Pancreatic Cancer Action Network, through its grant opportunities, facilitates such forward-thinking research by providing funding to scientists who wish to explore novel ideas. I am excited by the work we are doing on pancreatic cancer in my lab, and the Pancreatic Cancer Action Network’s financial support has been critical to sustaining these efforts. But there is another side to my relationship with this organization. Observing their earnest efforts on behalf of patients – including both direct patient outreach and more broadly-based advocacy for additional scientific research – I find myself invigorated. This is an organization that works tirelessly in pursuit of one goal: the elimination of suffering from pancreatic cancer. I am quite proud of my affiliation with the organization.