In the early 1980s, I was honored to be a part of the scientific team that discovered the Ras oncogene in human cancer. When activated, oncogenes function to directly promote the transformation of normal cells into cancer cells, and maintain the unregulated growth of cancer cells. In the over 30 years since this discovery, many other scientists and I have continued to study and scrutinize the expression, activation, and role of Ras and the protein signaling pathways that it stimulates in normal and cancer cells.

A new direction in treating cancer is what’s known as “targeted therapies.” 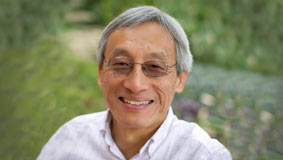 These novel treatment strategies involve attacking features specific to the cancer cells, in hopes of more effectively killing the cancer cells and minimizing the unpleasant side effects that come from harming normal, growing cells within the body. A particularly attractive way to target therapy at cancer cells is to block signaling generated from oncogenes.

A few years ago, I decided that it was time for me to redirect some of my scientific focus from studying Ras, to attacking it. I needed to choose a cancer type to study, and pancreatic cancer was a very logical selection: a Ras family member, K-Ras, is known to be mutated and active in over 90 percent of pancreatic cancer cases.

With the support from my Pancreatic Cancer Action Network Innovative Grant, generously funded by Tempur-Pedic and their valued retailers, I am able to pursue a novel method of turning off signaling generated from K-Ras in pancreatic tumors. Since K-Ras itself has proven to be an elusive target, I am directing my efforts at attacking a protein that gets indirectly activated by K-Ras signaling. We are hopeful that targeting this surrogate protein will disarm K-Ras and slow the growth of pancreatic cancer cells.