San Francisco PurpleStride Chair Krystal Fernandes Volunteers To Give Back 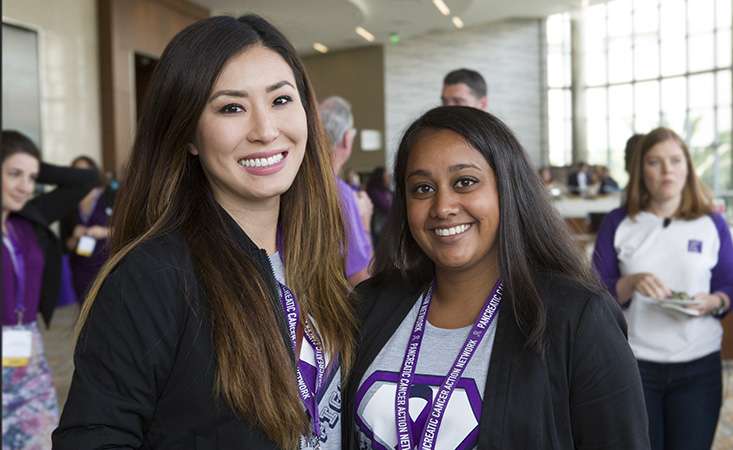 Krystal Fernandes (right) volunteers to give back to the cancer community.

Editor’s note: April 18-24 is Volunteer Appreciation Week and we’re turning the spotlight on some of the Pancreatic Cancer Action Network’s (PanCAN) invaluable volunteers, who really make it all happen. We’re grateful for their energy and enthusiasm every day.

Pancreatic cancer had never been on the forefront of Krystal Fernandes’ mind, mostly because it didn’t have to be. She never had a family member or friend affected by the disease.

But several years ago, Krystal’s cousin’s young son was diagnosed with an aggressive form of brain cancer. His prognosis was grim, and the toddler was not given much time to live.

In Spain, where Krystal’s cousins lived, the community rallied behind them. They raised money so he could get treatment in the States – they even got a player on the Manchester United soccer team involved in the cause.

Sadly, her cousin’s son passed away, but it left Krystal inspired to give back. The community of support available for the family during that time amazed her and she wanted to provide that support for others. Looking to get involved with a cancer-related organization, Krystal went to the website VolunteerMatch and found PanCAN. 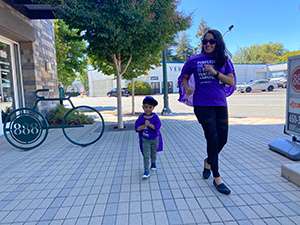 Krystal is a dedicated PanCAN volunteer. There were about 12 members when she first joined the affiliate but after six months, it was down to Krystal and one other person. It stayed that way for a chunk of time.

“San Francisco is a transient city – a lot of people move,” Krystal said. “It wasn’t for lack of passion.”

Today the San Francisco Affiliate is having a renaissance, Krystal said. They are building a robust affiliate with new members joining.

Krystal wants more people to get involved. She stresses the urgency of the disease to those she meets. “A 10% five-year survival rate is just unacceptable,” Krystal said.

“I also think people are intimidated by the commitment of volunteering, especially when they’re presented with the title of Chair. But they shouldn’t be. We’re a team, and if you can’t do something, there’s always someone to step in.”

Reflecting on the past six years, Krystal does see an increase in awareness about the disease. 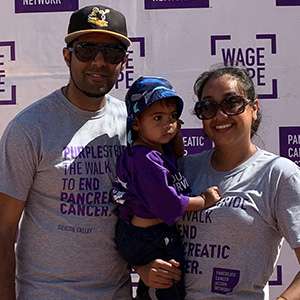 “When I wear my PurpleStride T-shirts, people will stop me,” Krystal said. “More people are recognizing how severe this disease is and how desperate the situation is.

“And while it may seem too slow, there has been a lot of growth in pancreatic cancer research in the past six years.”

She credits an increase in research funding for this growth and notes that one of the things she likes most about PanCAN is that research is just part of the work being done to fight the disease.

“Donating is important because it makes things move along faster,” Krystal said. “There will most likely never be total funding from the federal government, so we need places like PanCAN to do the work. And PanCAN does so much more than funding research. They have amazing programs like Patient Services, which I love.”

Krystal sees a lot of potential in the Bay Area and is excited to tap into it. “There’s so much possibility here, so I know we can bring in funding. And now that we have the people resources as part of our thriving affiliate – we need to make more meaningful connections and provide a community for people who need it.”

When asked if PanCAN has changed her at all, Krystal gives a resounding “yes.”

“PanCAN has given me more empathy for folks who are going through things like this. It has changed my life.”

Krystal proves that you don’t have to have a direct connection to pancreatic cancer to get involved and help. She believes in the ripple effect that her volunteer work creates.

“I recognize that pancreatic cancer isn’t the only horrible disease out there, but it’s good to remember everything we do for pancreatic cancer – those scientific discoveries – can likely be used for other cancers.”