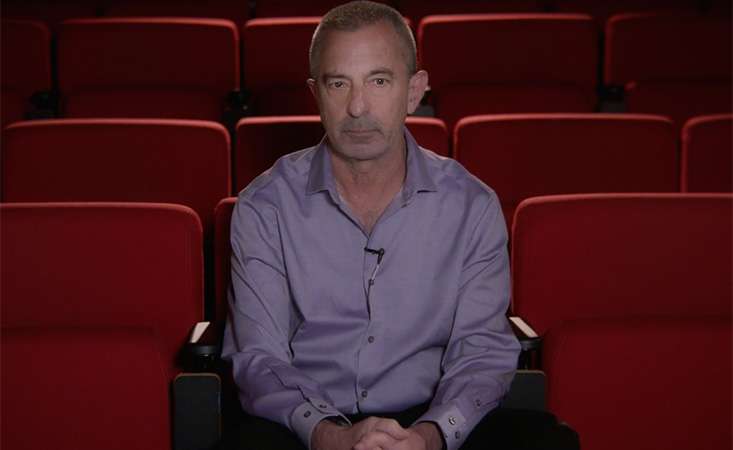 I have always been a storyteller, mostly by helping make movies, which I have always hoped has helped people forget about their own troubles. In dozens of these films, fictional characters have dealt with matters of life and death.

Suddenly I was dealing with my own real-life matter of life and death.

It started in early 2020, as I glanced in the mirror and I noticed that my skin looked yellow. I went to the emergency room, where the triage nurse took one look at me and told me that I had jaundice.

A CT scan indicated that the cause of the skin discoloration was a mass on the head of my pancreas.

Hearing the words “mass” and “pancreas” together was incredibly devastating. I was 63 years old. I had long been the guy whose friends and acquaintances said did not even remotely look his age. I knew that other people in my circle who had received a diagnosis of pancreatic cancer had effectively received a death sentence.

I vowed to fight hard – and I was determined to take it one step at a time.

I was referred to a top surgeon at Memorial Sloan Kettering and I was able to get an appointment to see her that week.

Meanwhile, New York City had declared a stay-at-home order. Businesses were ordered to close. Concert venues, movie theaters, Broadway theaters, all shut down due to COVID-19.

The doctor’s office called me and told me that the appointment would have to be postponed. Memorial Sloan Kettering was in the process of sorting out how to handle new patients during the lockdown. The doctor was still going to be able to see me, but my appointment would now have to be by telehealth. It was rescheduled for early April.

It was late March. Early April seemed an eternity away. That’s how slowly the clock moves after receiving this sort of news.

As it was with my feeling about my diagnosis, I vowed not have the pandemic lockdown defeat me in the slightest.

Since the doctor’s office had asked me to get them a copy of the CT scan to be able to review before the telehealth conference, I used this as an opportunity to write and include a heartfelt note along with the CD.

I might have been yellow, but I could still walk from 16th Street to 68th Street.

In my note I asked the doctor if there were any way that she could possibly talk to me sooner than a couple of weeks, since I was fearful that every passing day could matter to my chances for survival.

I took the note and disc directly to the mailroom of the hospital.

The note must have resonated with her and her staff because I heard back from her office immediately. A telephone call with her was scheduled for the next day.

Having looked at my scan, the doctor told me to come to the hospital the following day and to be prepared to stay for a few days.

Because of the position of the tumor, the doctor explained that it was possible to remove it – she called this “resectable” – but it meant taking me apart and putting me back together again in an operation called the Whipple.

As she was explaining the procedure, she made a drawing, which I kept, and I will always hold dear.

I immediately felt in great hands. There were several risks, but there was no doubt that the right decision was to go ahead with the surgery.

What was the alternative? A place which I tried to not let my mind wander.

One thing was certain:  I now knew how precious life is.

I also knew how the future could change in a matter of a single sentence.

Now my own personal sentence would be “to fight hard.”

Once I woke up, I never stopped fighting.

The following day I was wheeled to the operating room. I had gone 63 years with just one minor surgery, which was a hernia operation a full 30 years earlier. Boy had technology taken a leap in that time.

I got wrapped up by several personnel into a tight cocoon of wires and blankets. I got connected to all sorts of monitors. I received anesthesia so I would… not… feel a …

When I woke up, I was wheeled to recovery and I found out that the tumor had been successfully removed. Though it was malignant, the medical staff had checked dozens of lymph nodes and other organs and determined that the cancer had been caught before it spread.

This was a much better sentence than I had heard in the emergency room merely a week before.

Why was I so fortunate with the early detection? The tumor had been blocking a duct, which had affected my bilirubin level. That was the cause of the jaundice.

If there is such a thing as good fortune in a situation like this, I was certainly the beneficiary.

It was an interesting time to recover from major surgery. No visitors were allowed in the hospital for my entire recovery period.

Out of the corner windows of my hospital room, I had a view of the 59th Street Bridge that looked as apocalyptic as it did in some of the movies I had helped to make over the years. 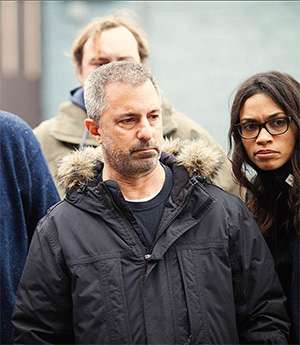 Almost all the medical personal who came in to see me looked like characters straight out of the film, “The Andromeda Strain,” some with face shields, and wrapped in “costumes” that covered their skin to prevent any contact with others.

If the cancer didn’t get me, it seemed COVID-19 was not going to have the opportunity to do so.

The COVID-19 outbreak had some other unique effects on the circumstances of my recovery. Because everyone else was trapped in their cave-like existence for months and months, most people were never even aware of my long hospital stay.

My business, motion picture production, had shut down completely.

But my support circle never did. Many spent hours with me on cell phone calls and on FaceTime. A few often seemed like they stayed up around the clock to keep me company and give me encouragement.

Without this, the COVID-19 world would have been an awfully lonely place for a person who once worked 16 hour days, and now could barely sit up.

And I never stopped being thankful.

Yes, there were little hiccups…a single blood clot which resolved itself…an infection from some fluid that had collected during surgery…a drain which had to be surgically put in to drain the fluid.

Through it all, the doctors assured me I was making great progress.

Toward the end of April, I was released into the outside to a fully masked world.

That day, I took a selfie, wearing the mask, and fully ready to resume my new life during the worsening COVID crisis.

The next major step was chemotherapy, which the doctor told me was meant to be preventative. The side effects of the treatment were extreme. My fingers tingled. My teeth hurt. My appetite suffered greatly. Foods I once loved now looked horribly unappealing. I became horribly sensitive to the cold, especially my teeth and hands. My sleep pattern was completely out of whack.

But I knew that I was making progress.

I started to cook healthy meals that were appealing. I watched a lot of Netflix until I fell asleep in the middle of a sentence. If I woke up with an appetite, I took the opportunity to eat…and then eat again.

I looked in the mirror and saw a person who looked like a special effects artists had altered my appearance to be 40 pounds lighter.

But slowly the weight returned. Strength and stamina increased. I was able to walk several blocks, then miles.

When Thanksgiving came, I cooked a turkey for the first time in my life. Turkey never tasted so good. My entire family celebrated with me on Zoom. There was full attendance, almost a rarity.

My birthday came, as always, on the day after Christmas. It was probably the most special one in a long time. I had gone through the full cycle of seasons while being cooped up during the pandemic, but it felt great to see the snow.

In mid-April 2021, I got one of those “one year ago today” photo alerts. It was that selfie I had taken the day I was released from Sloan Kettering.

I realized that more than a year had passed since the diagnosis. That, I now know from the doctors, is a big step.

I’m long done with chemotherapy. I’m in the pattern of getting scanned once every three months. The last scan was completely clear. The accompanying blood test showed that my tumor markers were well within the normal zone.

Now I can attack bigger and more long-term projects. Life seems almost normal. I have gone back to work and resumed full activity. I did a four-mile walk in Central Park that ended with an ice pop at the finish line, and my teeth were no longer sensitive to the cold.

The doctors say I am somewhat of an outlier. I treat every day as a gift. Every bike ride is special. Dinners with family and friends are precious and not to be missed.

Recently, at a cousin’s Bar Mitzvah my appetite never failed as I visited in-person with people who were as excited as I was about finally being let out of their caves.

The wane of the COVID-19 pandemic is giving the rest of the population their lives back at exactly the same time as I personally get mine back in my own special way.

I feel very confident about seeing another Thanksgiving, and another birthday, another release from the hospital anniversary…and the chance to tell stories on screen, as well as this one.

But I am also thrilled to be able to support others who go through similar ordeals as the one I’ve gone through for the past year and a half.

It’s so strange how the world works.

I’m not sure I believe my own story sometimes, but every sentence is true.