Pancreatic Cancer News  Stories of Hope  Survivors  It Starts with Someone: Lisa Beckendorf

It Starts with Someone: Lisa Beckendorf 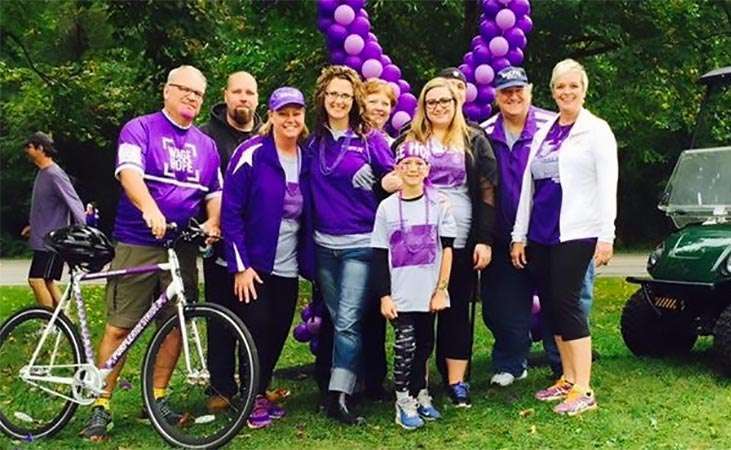 Lisa Beckendorf, far right, is the PurpleRideStride Chair in Minnesota.

Editor’s note: Our weekly “It Starts with Someone” series takes a turn this month as we focus solely on people who have survived pancreatic cancer for more than a decade. Today, Pancreatic Cancer Action Network (PanCAN) volunteer leader and 20-year survivor Lisa Beckendorf shares her story.

In 1998, I was diagnosed with pancreatic neuroendocrine cancer. At the time, I was in my early 30s and the last thing on my mind was cancer, especially this kind. 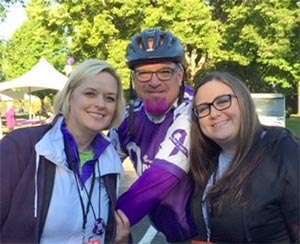 Lisa Beckendorf celebrated 20 years of survival this month. Here, with her husband and daughter.

I did not even know what my pancreas did, and as the saying goes, “ignorance is bliss.” As I’ve learned over the years, this diagnosis could have had a completely different outcome.

Since this type of pancreatic cancer was so rare, my only option for treatment was surgery – at that time, there was no chemotherapy standard of care. I was not given an official prognosis by Mayo Clinic, only intense follow-up for the first five years after diagnosis. After that period, I was told I had “graduated” from oncology and to go live my life. 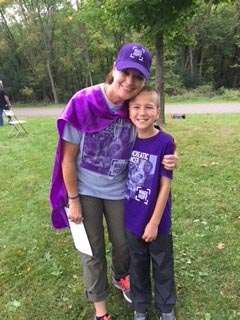 Lisa with a young supporter at PurpleRideStride.

Brenda was the keynote speaker at the symposium, and she inspired me to get involved. I became the Event Chair for our Minnesota bike/walk fundraiser – PurpleRideStride.

As I continued to become familiar with the organization and the disease, I began to realize how incredibly lucky I am to still be here today.

The volunteers and staff at PanCAN have become like family – in fact, we often refer to each other as our “purple family.”

The support has been incredible, and it is so exciting to see the progress the organization has made since I became involved in 2012.

Even though this diagnosis has changed my life forever, I am so grateful for this organization and the people I’ve met along the way.

— Lisa Beckendorf, 20-year pancreatic cancer survivor (as of this week!)