Pancreatic Cancer News  Stories of Hope  Survivors  It Starts with Someone: Robert Harris

It Starts with Someone: Robert Harris 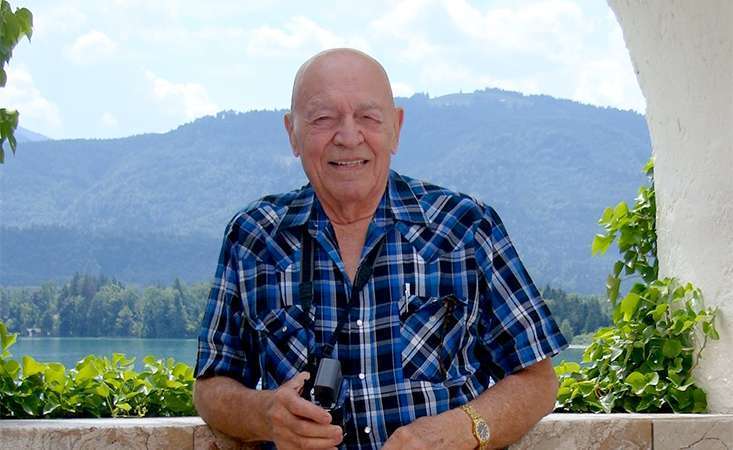 Editor’s note: Our weekly “It Starts with Someone” series takes a turn this month as we focus solely on people who have survived pancreatic cancer for more than a decade. Today, Pancreatic Cancer Action Network (PanCAN) supporter Robert Harris shares his story of surviving pancreatic cancer 50 years! Keep an eye out for more stories from long-term survivors every week in August. 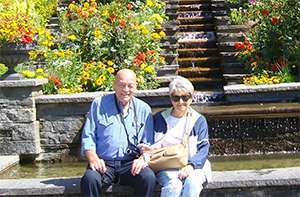 Robert and his wife, Arnola, during a vacation in Germany

It all started with my gallbladder attacks in 1964. Over four years, I had six attacks and was hospitalized three times. Finally my doctor said, “You’ve been fighting this long enough – let’s take out your gallbladder.”

During the operation in May 1968, the surgeon found a tumor on my pancreas. A biopsy showed the tumor was malignant, and although doctors never said the word “cancer,” they refered me to Mayo Clinic.

I remember after 10 days of tests, a team of 10 doctors – five of them surgeons – stood in a semicircle around my hospital bed and told me if I didn’t have surgery, I could expect to live six to nine months. If I did have surgery, they said I might live five years. 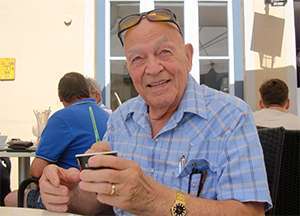 Robert savors each day – 50 years after his pancreatic cancer diagnosis.

My response? “I came here for a reason. Let’s get on with it.”

Within 30 minutes, I was being prepped for the Whipple procedure.

At that time, Whipple procedures were only performed at a handful of hospitals in the U.S., and Mayo Clinic was one. Just prior to the surgery, the doctors finally said the words to me, “pancreatic cancer.”

I learned that surgeons removed approximately one half of the pancreas and one half of the stomach and all of the duodenum, as well as a large growth on the outside of my stomach.

At that time, the normal stay in the hospital after a Whipple procedure was 24 days. I was out of the hospital in 12. Doctors said they had never had anyone recover that quickly.

When I went in for gallbladder surgery, I had weighed 225 pounds, and after the Whipple (my second surgery in three weeks), I weighed 155 pounds. 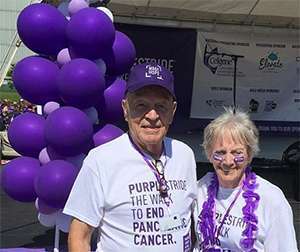 I was off work for four and a half months, and I was still in pain when I went back. But a person can only watch so much TV and read so many magazines!

I had begged the doctor to let me go back to work. (I spent 40 years working at Waukesha Engine Division in Wisconsin.)

I experienced just one side effect after the Whipple, and it lasted for 15 years: I would get severe abdominal pain that lasted about 10 minutes, and sweat would just pour off me. It happened several times a week and then finally tapered off. Doctors couldn’t find a reason for it.

I was 37 years old at the time of all the surgeries and now I am 87. I have been a very fortunate person to have survived pancreatic cancer for 50 years.