Pancreatic Cancer News  Stories of Hope  Survivors  It Starts with Someone: Scott Nelson

It Starts with Someone: Scott Nelson 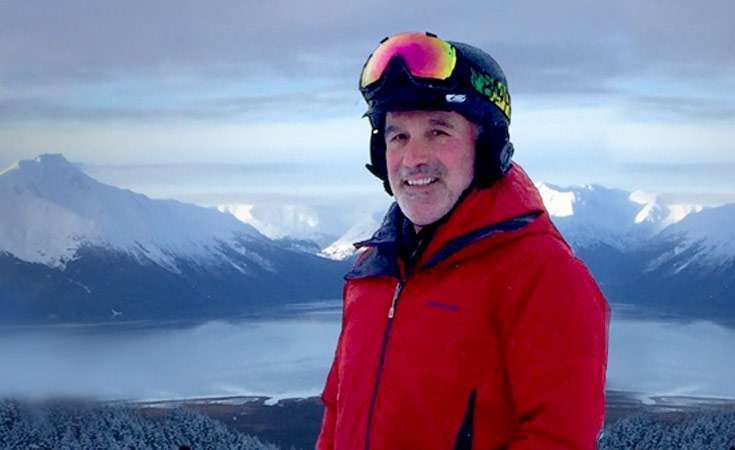 Editor’s note: Our weekly “It Starts with Someone” series takes a turn this month as we focus solely on people who have survived pancreatic cancer for more than a decade. Today, Pancreatic Cancer Action Network (PanCAN) volunteer and Survivor Council member Scott Nelson shares his 14-year story of hope. Keep an eye out for more stories from long-term survivors every week in August.

When I turned 50 in 2004, I decided it was time to start doing a better job of monitoring my health. Up until that point, I had rarely seen a doctor and had never been in a hospital. Among other things, I started working with my doctor to find the right prescription medication to reduce my cholesterol. This included quarterly blood tests.

In between two of my quarterly tests, I felt slightly sick to my stomach for an extended period of time. I moved up my next test and went in to see my doctor. He saw an unusual blood test result and sent me for an ultrasound test to see what might be causing it. I’ll never forget that ultrasound test. The technician did the ultrasound, looked up at me and ran out of the room. He was going to find the doctor to tell him that he had found a tumor on my pancreas.

What followed was a dizzying array of tests and consultations. The bottom line was that my tumor was cancer, and, given the size and location, surgery was not an option. The doctors recommended that I enter a clinical trial in an attempt to reduce the size of the tumor so that I could have surgery to remove it. 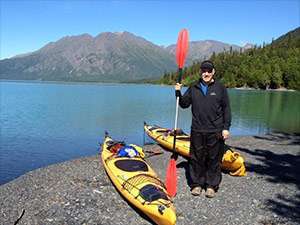 Staying adventurous in the great outdoors is a favorite pastime for Scott.

The clinical trial consisted of three different types of chemotherapy treatments, as well as radiation. The idea was to blast the tumor in order to reduce it. After eight weeks of treatment, and eight more weeks of waiting, the tests came back indicating that the clinical trial had been successful.

I had a Whipple procedure in late 2004, followed by six more weeks of chemotherapy treatments – just   because having chemo was so much fun! It was actually to ensure that the cancer wouldn’t come back; 14 years later, it still hasn’t returned.

I’m convinced that the reasons that I was able to beat this disease included great support from family and friends, an optimistic and competitive attitude, and finding great doctors and nurses. My family and friends were with me every step of the way. I’ve always been a competitive person and I wasn’t going to let this thing beat me. My optimism was there because it had to be.

The information I gathered when I was first diagnosed was so overwhelmingly negative that the only way to deal with it was to believe that there had to be exceptions to the norm, and that I was going to be one of them. Early on, I did some research, found the best pancreas doctors in my area, and they saved my life.

I do volunteer work with PanCAN, I am a member of their Survivor Council, and I volunteer with two pancreatic cancer research facilities in an attempt to give something back to the people who helped me, and to do what I can to ensure that no one else has to be lost to this disease. I will spend the rest of my life working to help in this cause.

I feel extremely blessed, and I enjoy life every day. I have five grandchildren that I wouldn’t have been able to enjoy if I hadn’t made it through this ordeal. Life doesn’t get any better!