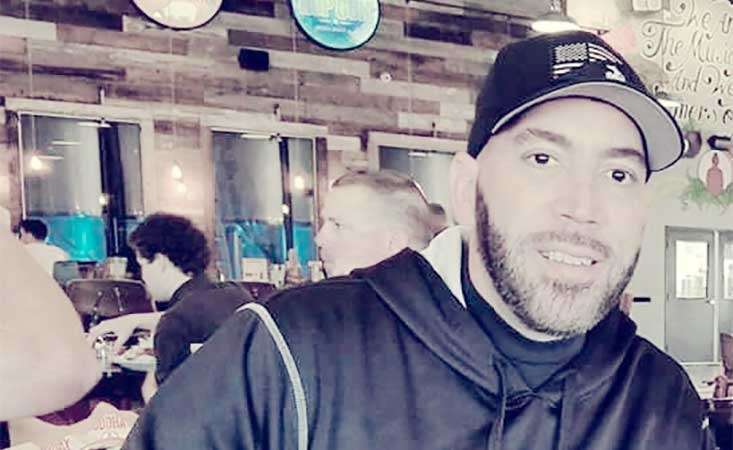 My name is Heriberto Borges. I am 48 years old from Orlando, Florida, and here is my story:

On Nov. 21, 2014, the week of Thanksgiving, I decided to go to the ER due to severe pain on my upper abdominal area. Little did I know, that was the day my life would change forever. On Nov. 23, 2014, after numerous tests, labs, scans and a biopsy, I was told I had stage IV cancer. The cancer had metastasized and spread through the liver, pancreas and spleen. Here I was, at age 43, being told I had terminal cancer. It really hit me hard, as I had always been healthy and athletic.

On Dec. 3, 2014, I remember sitting with my oncologist, who after showing me picture slides of my liver and pancreas, told me I was looking at perhaps somewhere in the range of six to ten months of life. Again, I felt destroyed, but accepted what I was being told, as if that was God’s faith, I would be in peace. My oncologist, however, told me I would have to undergo more tests and scans so they could determine where the cancer started in order to decide proper treatment. I underwent another biopsy and a CT scan, and a few days before Christmas, I was told I had a metastatic pancreatic neuroendocrine tumor. The type of cancer I have is so rare, only 2 percent of the population are ever diagnosed with it. I was advised the only treatment was chemotherapy. I remember booking a cruise to begin enjoying my last days. Well, I guess God had other plans: I just celebrated four years of life. How has it happened?

My treatment consisted of oral chemotherapy. It was a trial run, chosen by my oncologist. At first, I will not lie, I kind of thought my days were actually numbered. My liver was the size of a football, and doctors could not explain how I was even alive. I was swollen, weak and could hardly walk. Well, I snapped out of it and began what most who know me see as an inspirational story. I have always been a strong-minded person, and I know if you mentally defeat yourself, it’s all over. I have too much to live for, so, I decided I was not going anywhere.

I continued to eat healthy and added running to my life. I remember taking my chemo dose and going for a run. I never felt sick or had any side effects. I began feeling great, physically and mentally. I ran more and more every week until I started running races. As the days and months went by, my health began to improve, and so did my labs and scans. My oncologist was awed and encouraged me to keep doing what I was doing. In just a few months, my labs were perfect, the tumor was shrinking and the cancer cells were dying. I had become healthier than before my diagnosis.

After a year of chemo, the medication damaged my bone marrow, so my oncologist took me off chemo. Labs and scans kept going, but were less and less, as I became 100% healthy and showed no symptoms or signs of concern. Since then, everything was OK, until some scans in early 2018 revealed tumor activity once again. I then went through a procedure in August in an attempt to get rid of some of the tumor. After several more scans, I was told the procedure was not 100% successful, therefore some of the cancer had spread elsewhere. In January of this year (2019) I went through another procedure which would be more in-depth in an attempt to burn whatever was left of the tumor. The procedure went well, and doctors are convinced 100% of the tumor was affected. We will have to wait for some scans in March, but I feel great. I am back to exercising and living life to the fullest, which includes lots of travelling and enjoying my family and friends.

In 2019, I am looking forward to celebrating five years of life after my diagnosis and I feel great. I have run numerous 5K, 10K and 15K races and now exercise regularly. I love sharing my story and love telling people I have stage IV pancreatic cancer, as the look of disbelief is priceless. People would never guess or imagine just by looking at me. I credit exercise, my mind, my diet, my oncologist and most of all God for still being here, stronger than ever. I am a true example that there is always hope. Never give up!