I was diagnosed with pancreatic cancer in October 2010.  I had never been sick and didn’t have any symptoms of this disease at all.  On October 5, 2010 I went to work.  While preparing for a break, I went out to my car to get a few bottles of water.  While doing this I passed out and when I woke up, my blood sugar was 21. 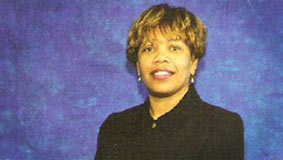 I was rushed to the emergency room at the hospital near my work.  After numerous tests, I was admitted.  More tests were performed during the week.  Doctors found a tumor on my pancreas which had spread to my liver.  The doctors referred my case to the surgeon, liver specialist, and oncologist.

They told me that I had a rare form of cancer.  They also discussed with me and my family, the possibility of having surgery to remove the tumors from both organs.  On October 20th, surgery was performed, and the tumor was removed from my pancreas, but not the liver due to the length of the surgery.  After recovery the doctors made sure I was strong enough to proceed with further treatment.  It was then that I started chemotherapy for the liver tumor.  By God’s grace and mercy, and the skill of my physicians, I am doing well.  I see my physicians every three months to do labs and testing, and chemotherapy.  I have asked God for longevity, and through his grace, faith, and prayers he is blessing me with it.  It has been almost three years since my diagnosis.  When I was first diagnosed, I questioned why.  Then, I remember a very smart woman saying to me, “God said, why not you?”