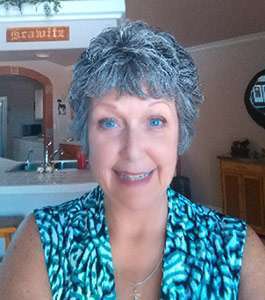 I was first diagnosed with acute pancreatitis in June 2013 that resolved in less than a week. Yet, my doctor thought something was not right, so I had two CT scans and finally an MRI a week later.

The MRI showed something, however, it was so small that they could not conclusively call it cancer.

I was referred to a hospital in Phoenix where they also said it was very small, but the tests were indicating pancreatic cancer. I underwent a full and successful Whipple procedure on September 19, 2013, and my pre-operative CA19-9 was 14 (normal is 0 to 37).

During the Whipple, they found a 2.2 cm pancreatic adenocarcinoma on the head of the pancreas, three positive nodes out of 16 nodes, and no involvement of margins or vascular blood lines. I was diagnosed stage IB to IIB.

I had a “port” surgically inserted and started on chemotherapy on December 2, 2013. I continued with six cycles through August 15, 2014. During this chemotherapy treatment, I also received radiation to the pancreas five days a week for five weeks including an oral chemotherapy.

As of October 30, 2015, I have had four clear PET scans since my last chemotherapy. I am very grateful and very fortunate.

Even though my surgeons and oncologists told me that they got it all and got it very early, it was still pancreatic cancer. In fact, they told me that I was “cured” because they had gotten it so early. I am and will continue to consider myself a survivor!

I would not have been able to go through this long two-year journey without my incredible main caregiver, my husband Richard.

He was the glue that held me together when things were at their worst and the light that made me believe that I would get better and better one day at a time…and I did! I also had the love and support of my family, my friends and my unwavering faith in God.

I am now giving back by volunteering at my cancer center. The nurses at the center are my angels without wings…they were sooooo wonderful!

I had my doubts that any pancreatic cancer diagnosis could have good survivor stories to be told.  But here I am today. And I plan to be here to watch my kids and grandkids grow and love them with all my heart in the many years to come.