On January 31, 2001 my work day started as it always had, until lunch time.  I had gone to lunch with a friend, and shortly after, I felt sick to my stomach.  As time passed I felt worse and worse.  The pain was worse than giving birth to my children.  I finally drove to the local hospital’s emergency room with what I thought was food poisoning.  They took me directly to triage and ran tests.  My white blood count was off the charts.  They did a CT scan and found an 8 cm mass on the tail end of the pancreas near the spleen. 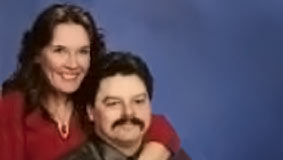 I had surgery eight days later to remove two-thirds of my pancreas, my left adrenal gland, and my spleen.  The pathology report stated it was acinar cell cystadenocarcinoma.  This rare form of pancreatic cancer is usually found in patients over 60.  I was 34 years old, and had no prior symptoms.  I feel very fortunate that I can say that I am SURVIVOR -- 10 plus years later.  I work in the medical field and see patients with this diagnosis.  I am now trying to educate people about pancreatic cancer and my family and I walk the local PurpleStrides every year.  I will always be an advocate to find a cure for this deadly disease.