Hospice to Healthy.  On December 1, 2004 I was diagnosed with stage IV, inoperable pancreatic cancer -- a diagnosis I did not fully understand.  I quickly became aware that as far as some of the largest and most “respected” medical facilities in the country were concerned, I was a dead man walking.  After a six week course of treatment in Michigan, I was told that the cancer had grown, and there was nothing more that could be done.  I was told to contact hospice, go home and prepare to die. 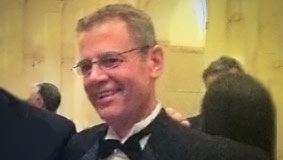 My doctor told me I had a few weeks, possibly a few months to live.  Additionally, he told me not to seek more treatment, that more chemotherapy would kill me.

This outcome was unacceptable to my family, my friends and to me.  Through faith, I believed that I would survive.  I told everyone that while the statistics were not in our favor, somebody had to make up that 2-3% who survived, and that it might as well be me.  While I knew that this was not going to be an instantaneous miracle, I knew I would come through this.

What ensued next was more than I could ever imagine.  Twice I found myself in the intensive care unit in Michigan.  At one point they told my family that I would likely not live through the night.  My daughter came in, kissed me and whispered “you are not going to die tonight daddy” (talk about not wanting to go to sleep).  Through it all, everyone around me, my family, my friends, kept reviving that “hope.”  Seven months later my scans were clear.  I continued chemotherapy for a full year.

While I have had a few hiccups along the way, I remain clear to this day.  So to have imagined (at diagnosis) that not only would I have survived, but I would have also watched both of my kids graduate high school, sent them to college, celebrated nearly 9 years of survival, 28 years of marriage and returned to work, is truly a miracle!!