Volunteer Turns Her Grief into Action 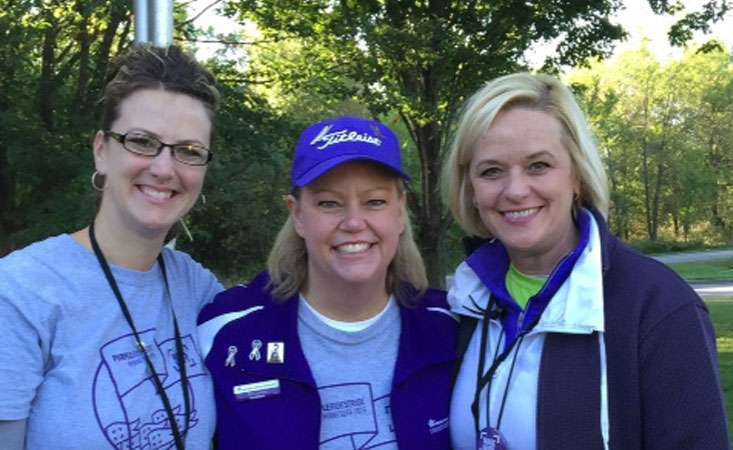 While enduring the loss of her mother, Teri Larson turned her grief into action by volunteering for the Minnesota Affiliate of the Pancreatic Cancer Action Network (PanCAN) and their signature bike ride/5k walk event, PurpleRideStride. Larson wants to make sure no other patients or families feel helpless: “I wanted to do my part to ensure that no one faces this very frightening diagnosis alone or without the resources of PanCAN and their PanCAN Patient Services Case Managers to help them with their journey.”

Larson’s mother was diagnosed with pancreatic cancer in the spring of 2007 and passed away after less than a month. She states that her mother was one of the “most kind, loving, generous souls the world has ever known, and left my nephew and nieces without the world’s greatest grandma.”

She initially had confidence after hearing her mother’s diagnosis since Larson is an over 20-year survivor of a rare form of lymphoma. Her diagnosis came 10 years prior to her mother’s pancreatic cancer diagnosis.

Larson believed that her mother was going to benefit from the same things that she was offered such as “a lot of information, various treatment options, and the hope of a rich and full life.”

She quickly learned just how difficult pancreatic cancer was. Larson promised herself to do anything she could to guarantee that her mom’s diagnosis would have the same results she had experience, along with a better chance for long-term survival.

Larson’s journey with PanCAN and volunteering came two years after her mother’s diagnosis. She received an email about a meeting for what was then the newly formed Twin Cities Affiliate.

Initially, Larson said she was “nervous and unsure of what I might be able to contribute, but somehow I just knew that I had to be there.” She felt her mother was giving her “a gentle push,” calling her decision to join the affiliate “one of the best I ever made – it literally changed my life.”

Larson has held several roles within the Minnesota Affiliate. Currently, she presides as the Advocacy Chair. She started by handing out pins, bracelets and talking points to family members. Then she moved to fundraising for the organization on her own and growing to her advocacy role today.

She felt welcomed by her PanCAN family, who shared the same enthusiasm and passion for the cause. At that first meeting, her biggest surprise was seeing all the survivors who attended.

“Up until that point, I didn’t realize that survivors existed, and I was beyond thrilled to meet them. I am still just as inspired by our survivors all these years later.”

Larson was recruited to help plan the affiliate’s PurpleRideStride in 2010. This September will mark her ninth PurpleRideStride. Yet, she knows she will get the same chills of excitement, as she does every year, looking out at the sea of purple people working together to change the narrative of this disease. 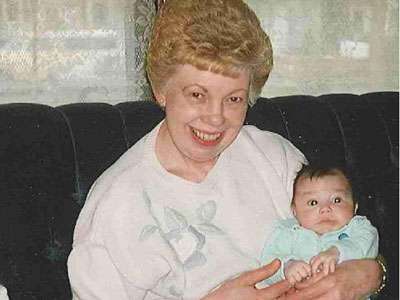 “My greatest aspiration is that everyone touched by this terrible disease can find the same hope, comfort, purpose and inspiration from this community as I have.”

“I stride for my mom, Jane Johnson, for our former Affiliate Chair, Brenda Coleman, a 14-year survivor whom we lost in 2014 and for all pancreatic cancer survivors.”

Another volunteer mentioned to Larson that “PanCAN provides hope even for those of us who don’t have pancreatic cancer.” Larson added, “We are capable of so much more than we ever thought possible.”

Support PurpleRideStride Minnesota on September 15. Or visit purplestride.org to find an event near you.