A Daughter Volunteers in Tribute to Her Dad 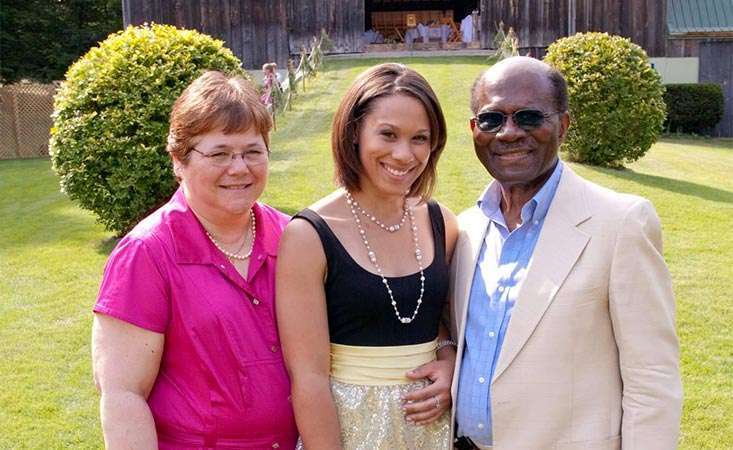 ‘Nobody knows you better than you do,’ and when it comes to dealing with pancreatic cancer, this old saying still rings true. Far too many pancreatic cancer patients are misdiagnosed, and it costs them their life. This was the case for Michelle Lippert’s father, Edward Benson, who fought with his doctors for six months before he received the correct diagnosis.

“When my dad was first diagnosed with pancreatic cancer, I was pretty uninformed. I had no idea that most of society saw this as a death sentence,” says Lippert. “We need to get our doctors educated on proper diagnosis and appropriate treatments.”

With a five-year pancreatic cancer survival rate of just 9 percent, Benson fought for his life to keep the beautiful relationship he had with his daughter. He lived for an additional four years after receiving his diagnosis.

Lippert shared, “My dad passed away the morning of January 11, 2015. That day was the first time I did any research on pancreatic cancer – I was so desperate for something to grasp on to. I learned about the Pancreatic Cancer Action Network (PanCAN) through my research.

“On Father’s Day weekend of that same year, my mom and I registered for National Pancreatic Cancer Advocacy Day in Washington, D.C. The event helped us learn more about the disease, and what we could do to help increase funding for lifesaving research. We sat down with our elected official, and it was the most empowering thing I’ve ever been a part of!”

Having worked in high-ranking government jobs for most of his life, Benson was known for his strong work ethic. Lippert strongly holds on to that trait, and it’s evident in her efforts to raise awareness about the world’s toughest cancer.

Since her father’s passing, Lippert has become actively involved in PurpleStride DFW, the walk to end pancreatic cancer, which is celebrating its 10-year anniversary on Nov. 10.

“When I got back to Dallas, I was excited to connect with the local affiliate. I finally had the strength to start meetings and volunteer at PurpleStride Dallas-Fort Worth in 2016 and 2017. This was just the beginning.”

Today, Lippert fights in her father’s name through her PurpleStride team, Purple Warriors Movement, with a goal of $10,000. Her efforts are fueled by her desire to beat the odds and raise more funds for pancreatic cancer research.

Lippert believes that it all begins at PurpleStride. She started Purple Warriors Movement because the signature 5K event embodies everything she hopes for – a brighter future for pancreatic cancer patients and an army of supporters to fight for them.

PurpleStride is the vehicle that empowers PanCAN to fund important patient-driven programs like Patient and Caregiver Services, Know Your Tumor® and Clinical Trial Finder. PurpleStride isn’t the only thing PanCAN does, but everything they do depends on it.