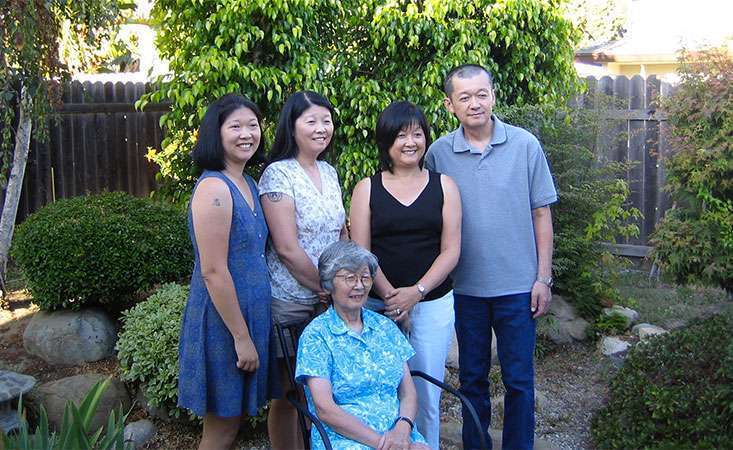 Iwamoto with his sisters and mother.

Kaz Iwamoto is proud to be a volunteer.

His passion for the Pancreatic Cancer Action Network (PanCAN) is fueled by the loss of his parents, who both passed away from pancreatic cancer – his father in 1993 and his mother 24 years later in 2017.

After the passing of his father, Harry, Iwamoto felt an urgency to make a meaningful impact on the cancer advocacy community and started volunteering with the American Cancer Society and Relay for Life. PanCAN would not be founded for another six years (in 1999), and besides, at the time, Iwamoto found himself avoiding organizations that focused on specific cancers.

That was until his mother, Yayoi – affectionately called “Grandma Yo” by her family – was diagnosed.

Iwamoto’s father had passed away only four days after his diagnosis. It wasn’t enough time. With his mother’s diagnosis, he and his sisters knew how precious every moment was and were determined to make each moment with her matter.

They set up 24-hour care for her – assigning 12-hour shifts to each sibling – and they cared for her just as she had cared for them for so many years.

Losing both parents to pancreatic cancer pushed Iwamoto to focus his volunteer and fundraising efforts solely on pancreatic cancer organizations. After contacting PanCAN, he and PanCAN staff member Ashley Ostrega met for lunch.

When she heard about his previous volunteer experience, Ostrega knew Iwamoto would be a perfect fit for PurpleStride and encouraged him to get involved. 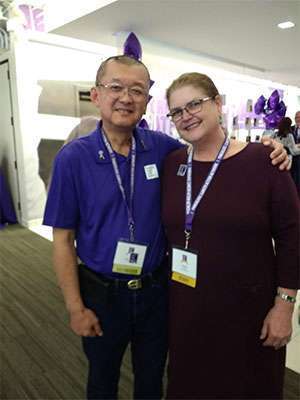 Iwamoto and his good friend Wendy Moran, Director of Community Engagement at PanCAN.

Since that lunch, Iwamoto has volunteered not only at PurpleStride Los Angeles, but at PurpleStride events in San Diego and Orange County, as well. This year he was the Logistics Chair for PurpleStride LA – a role he’ll be repeating in 2020.

Located in Oxnard, Calif., and started by their dad, Harry’s Berries is the gold standard for produce in Southern California – especially their famous strawberries.

They have been featured in the New York Times and Bon Appétit, and they were recently highlighted by Martha Stewart, herself. Renowned Los Angeles chefs like Nancy Silverton and Jeremy Fox refuse to use berries from anywhere else, according to the New York Times.

One hundred percent of the annual dinner’s proceeds go to PanCAN, supporting the organization’s mission to improve patient outcomes. The dinner is held in honor of Iwamoto’s parents.

Having retired from the family business more than a decade ago, Iwamoto fills much of his time thinking of what he can do next for PanCAN. He said he wants to continue to fight the battle against pancreatic cancer so others can have more meaningful moments with their loved ones … so a son can spend more time with his mother.

Near the end of his mom’s fight, Iwamoto slept on a recliner he rolled into his mother’s room just so he could be close to her. On the night before she passed, she whispered to him, “Are you warm enough?”

Iwamoto holds this memory close to his heart.

“Even until her last moments,” he said, “she was doing what came naturally to her – being a mom.”