Her big brother, Jim, was her protector and would do anything for her. So when Lorrie Greer lost her hero to pancreatic cancer in March 2015 when he was only 58, the void in her life was huge. It remains, but Greer is doing as much as she can to fill it by honoring his memory and fighting for a better future for people living with the disease.

One way is by volunteering and participating in PurpleStride. 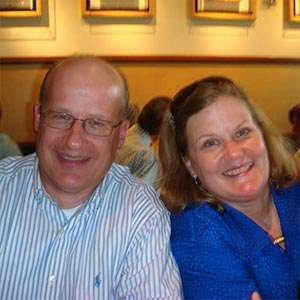 Lorrie Greer and her brother

“This is how I can show my love for my brother, and it helps me feel better,” she said. “By raising money for the cause, I feel like I’m giving back to someone who gave so much to me. And I’m giving back to others, too. He wouldn’t want anyone else to suffer through this disease.”

Greer said her brother had been healthy his whole life – until the day he was diagnosed with pancreatic cancer.

Today, on National Siblings Day, Greer is among many paying tribute to cherished loved ones affected by the disease.

“Siblings are your first competition, biggest advocates and dearest friends,” Vogt said. “I admired my sister, Heather, and often held her accomplishments as a metric by which to live. She was my best friend in the world.”

In the summer of 2014, Vogt’s sister was not feeling well. Her back pain and indigestion were so severe that she finally visited the emergency room on Labor Day. A month later, she was diagnosed with stage 4 pancreatic cancer and given one to two years to live. She was 34 years old. 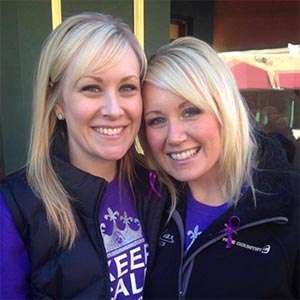 Brenda Vogt and her sister

Vogt is thankful she found the Pancreatic Cancer Action Network’s Boise Affiliate of volunteers to help get her through that dark time. Today, she is a proud supporter of the cause in honor of her sister.

“Because of Heather, I know the unconditional love of – and for – a sibling. And I know the horrible pain of losing that. I encourage everyone to join me in this fight.

“Please consider donating, getting involved or joining a team at this year’s PurpleStride!”

Do you know the unconditional love of a sibling? Consider bringing your family and friends to PurpleStride, the walk to end pancreatic cancer, and honor those you cherish. Get inspired here!