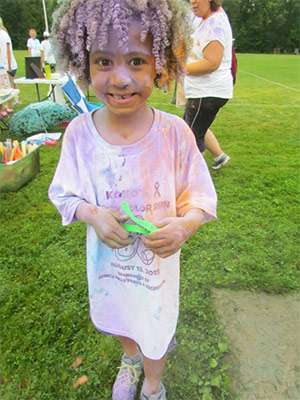 Mason Ntuala traded cake and gifts for his 6th birthday, instead opting to organize a fundraiser for the Pancreatic Cancer Action Network.

Cake, balloons and a pile of presents are what one would normally find at a 6-year old’s birthday party. However, Mason Ntuala isn’t a typical 6-year-old and he definitely didn’t want a traditional birthday celebration. So instead of making a wish while blowing out candles on a birthday cake, he decided to take real action on making a wish come true. He organized a fundraiser to Wage Hope so “less people will get pancreatic cancer,” an unfortunate reality that Mason knows all too well.

He lost his grandmother, “Koko,” to pancreatic cancer when he was just 3 years old. Even though Mason was young when Koko passed, she left a lasting impact on him. She always felt that giving back to others and the community was important, so Mason decided to honor her legacy by doing just that: He organized a color run benefiting the Pancreatic Cancer Action Network. 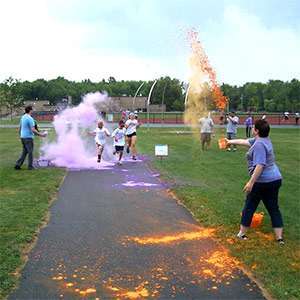 Throughout the mile-long course, race participants ran through purple paint.

Inspired by a run he had participated in in the past, Mason decided that a purple color run would be the perfect way to allow people to have fun while still raising money and awareness for the fight against pancreatic cancer. The community rallied around Mason and his family to make the event a success. Local businesses and friends helped cover costs of the race and donated items such as food, water and purple bracelets that each runner received at the finish line. Thanks to these gracious sponsors, the color run ended up costing the Ntuala family about the same as a typical birthday party!

This past August, all of Mason’s hard work paid off when 100 runners showed up at Mynderse Academy in Seneca Falls, N.Y., to participate in the color run. The runners ranged in age from 2 to 65 years old and were each sprayed with purple paint as they ran the mile-long race! In the end, the event exceeded Mason’s fundraising goal by raising $3,256 for the Pancreatic Cancer Action Network. 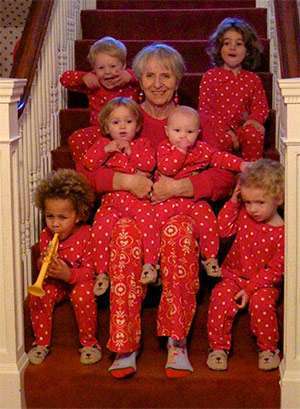 “Koko” sitting with most of her grandchildren by her side.

After the color run, Mason’s mom said that her son was changed by the event. He is now more aware and empathetic. She also added that, “Mason is learning that focusing on a goal you want and taking small steps toward that goal makes a difference not only in your life, but in the lives of others.” Mason is positive that his color run has inspired other kids his age in the community to get active and give back.

And, he’s happy he made a wish come true.

Do you have a creative idea for a fundraiser? Learn more about how to turn that idea into action with Wage Hope My Way.