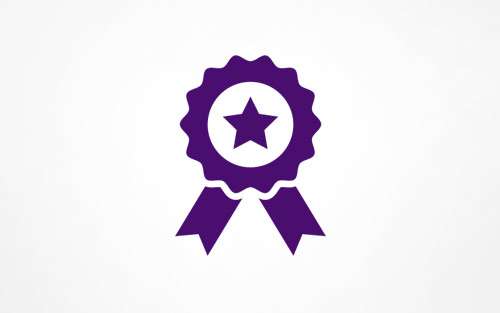 On September 7, 2016, the Cancer Moonshot Blue Ribbon Panel released a report describing 10 recommendations to make a decade’s worth of progress in cancer research in five years.

President Obama announced the Cancer Moonshot initiative in his final State of the Union address in January of this year, placing Vice President Joe Biden in charge of this important effort. The Blue Ribbon Panel was assembled in April, and two pancreatic cancer researchers, Tyler Jacks, PhD, and Elizabeth Jaffee, MD, were named as the co-chairs. The 10 key recommendations outlined in the report were developed by seven working groups that were set up to advise the Blue Ribbon Panel. Our chief research officer, Lynn Matrisian, PhD, MBA, was a member of the Cancer Immunology Working Group.

“The Cancer Moonshot Initiative and the Blue Ribbon Panel Report present significant opportunities to improve survival for patients with our nation’s deadliest cancers,” said Megan Gordon Don, our vice president of government affairs and advocacy. “While we look forward to seeing the details and the Task Force report expected later in the fall, we are excited about the potential the Blue Ribbon Panel’s recommendations offer to make progress on those cancers with survival rates below 50 percent – the recalcitrant cancers.”

Recalcitrant cancers were defined by the Recalcitrant Cancer Research Act, which was signed into law by President Obama in January 2013.

Several of the recommendations provided by the Blue Ribbon Panel Report align well with research and clinical initiatives underway at the Pancreatic Cancer Action Network. For example, the first recommendation in the report calls for a network for direct patient involvement in the research process – through participation in clinical trials.

The Pancreatic Cancer Action Network strongly recommends that all patients consider clinical trials during every treatment decision, including at diagnosis. Our Clinical Trial Finder is a free, online tool available to patients, caregivers and healthcare professionals to allow personalized searches for trials that best match the patient’s diagnosis, treatment history and geographical location.

The report also calls out molecular profiling of patients’ tumors, to allow a personalized, or precision, medicine approach, similar to our Know Your TumorSM service.

Another recommendation calls for a clinical trials network devoted exclusively to immunotherapy. Whereas successes seen in other cancers treated with immunotherapy have not yet been realized in pancreatic cancer, laboratory and clinical research studies are underway to improve the ability of immunotherapy to benefit pancreatic cancer patients, including work funded by our Research Grants Program.

Finally, the report also highlights a need for increased data sharing, improved cancer technologies and heightened efforts toward early detection and prevention of cancer. These are all issues that are very important to the pancreatic cancer community.

We at the Pancreatic Cancer Action Network are working tirelessly to ensure that the National Institutes of Health (NIH) and NCI have the funding needed to not only move forward with implementing the Cancer Moonshot initiatives, but also to ensure that they can continue their work to make progress against pancreatic cancer, which recently surpassed breast cancer to become the third leading cause of cancer-related death in the United States.

“We applaud the efforts underway through the Cancer Moonshot,” added Gordon Don. “As the recommendations move to the next stage of the process, we ask that Congress, the White House and the NIH take steps to ensure that the Cancer Moonshot initiatives will specifically address recalcitrant cancers, as they are the cancers that have seen the least amount of progress to date and that have the greatest amount of potential benefit.”