Pancreatic Cancer News  Cancer 101: Back to School to Understand the Basics of Cancer

Cancer 101: Back to School to Understand the Basics of Cancer 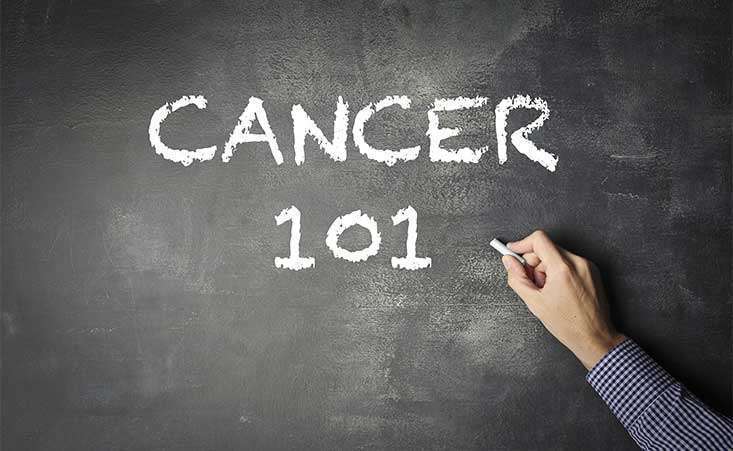 Back-to-school season is a good time to review the basics about cancer: how it forms, the differences between types of tumors and other fundamentals. Discover more about these topics and how they relate to pancreatic cancer.

How Does Cancer Start?

Cancer begins within one cell in the body. Cells are the body’s basic units of life. Each cell carries genetic information in the form of DNA (deoxyribonucleic acid). DNA provides the necessary instructions for the proper growth and function of each cell within the body.

Normally, cells divide to form new cells as the body needs them. When cells grow old, they die, and new cells take their place.

Sometimes this process breaks down due to a mutation, or change, in the cell’s DNA. A mutation can either be inherited or acquired throughout life.

And, a mutation could cause new cells to form when the body does not need them or may prevent old cells from dying. The extra cells may form a mass of tissue called a tumor, which could be benign or malignant.

What Are Benign and Malignant Tumors? 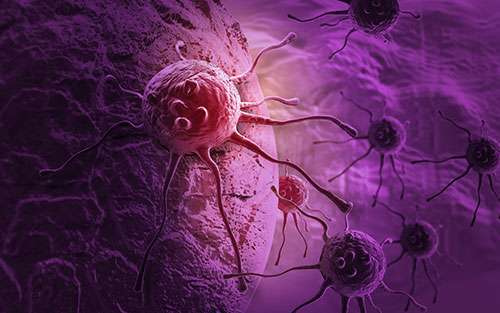 Benign tumors are made up of abnormal cells that do not have the ability to invade other parts of the body or spread to other organs. However, if a benign tumor is big enough, its size and weight can cause problems as it can put pressure on nearby blood vessels, nerves or organs.

Malignant tumors are referred to as cancer. They are characterized by uncontrolled cell growth and the ability to invade other tissues and organs.

Metastasis is when a cancer cell breaks away from the original cancer site (also referred to as the primary tumor) and forms a new tumor in other parts of the body.

What Is Cancer Staging?

The stage of cancer refers to how large the tumor is and if it has spread.

The stage is determined by diagnostic tests such as CT scans, magnetic resonance imaging (MRI) or other lab tests.

How Is Cancer Treated?

Cancer treatment is based on the stage of the disease. For example, surgery is typically only available to patients whose tumor is confined to its original location, like the pancreas.

Other types of cancer treatment include targeted therapies, where a drug is designed to stop the activity of a specific mutation or protein that is causing the cancer. Immunotherapy utilizes the patient’s own immune system to recognize and attack cancer cells.

Patients may also participate in clinical trials, which provide access to new and innovative treatment approaches.

For more information about cancer in general, visit the National Cancer Institute.