Pancreatic Cancer News  Commemorating 20 Years, Thanks to You!

Commemorating 20 Years, Thanks to You! 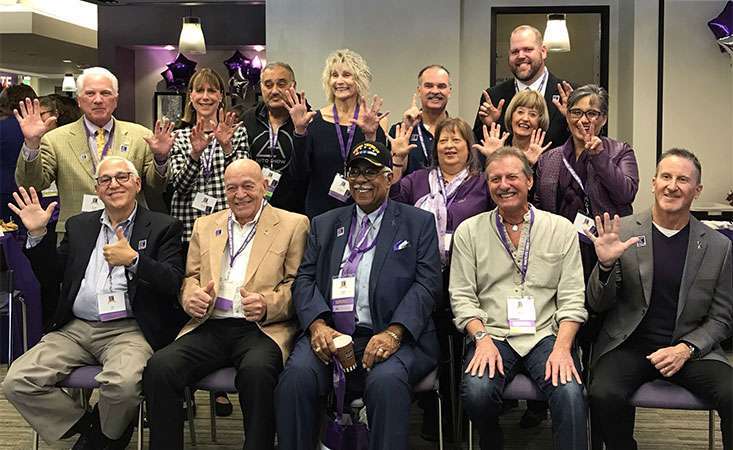 “I dream of a day when all doctors know the signs and symptoms of pancreatic cancer…when a pancreatic cancer patient is diagnosed early, and it’s not based on lucky timing but rather, an early detection tool that brings about survival…”

These are the words of Matt Wilson, a seven-year pancreatic cancer survivor who is co-chair of the Pancreatic Cancer Action Network’s (PanCAN) Volunteer Advisory Council and a longtime volunteer leader from Delaware. He was among four special guests who addressed the more than 200 people gathered for the organization’s 20th anniversary celebration on Friday, Feb. 22.

Donors, volunteers, researchers, healthcare professionals and pancreatic cancer survivors raised a celebratory glass, alongside PanCAN staff, to toast their contributions over the years. 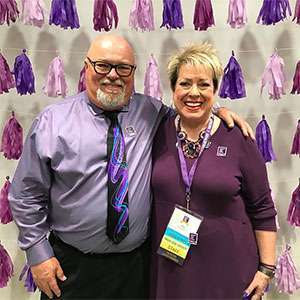 Pamela Acosta Marquardt, who founded PanCAN in 1999, with husband Steve

They also paid tribute to PanCAN Founder Pamela Acosta Marquardt, who lost her mother in 1996 to pancreatic cancer, six months after diagnosis. Marquardt started PanCAN from her kitchen table in 1999.

Julie Fleshman, JD, MBA, who today is PanCAN’s president and CEO, lost her father to pancreatic cancer four months after his diagnosis in 1999. She volunteered with the organization before becoming its first fulltime staff person.

“Pam, it is remarkable what your dream has accomplished,” Fleshman said to Marquardt during her speech at the event. “You believe anything is possible, you are a dreamer, and you continue to inspire all of us. Your fearless, can-do attitude is the underlying spirit of PanCAN.” 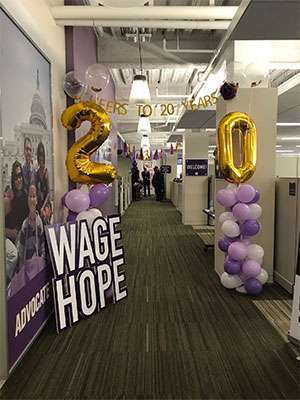 PanCAN marked 20 years with an event at its headquarters thanking donors, volunteers, researchers, physicians and other passionate supporters

All supporters were thanked for working with PanCAN to improve pancreatic cancer patient outcomes for 20 years. When PanCAN was founded, only a handful of researchers were studying the disease.

Today, the organization has invested more than $50 million in research, created a patient support center that speaks to more pancreatic cancer patients than any other organization in the world and inspired more than one million people to take action against the world’s toughest cancer.

Other featured speakers at the anniversary event were Diane Borrison, a 12-year survivor and longtime volunteer for PanCAN who lives in San Jose, Calif.; Nicholas Nissen, MD, a nationally recognized pancreatic cancer surgeon and director of Liver Transplant and Hepatobiliary & Pancreatic Surgery at Cedars-Sinai Medical Center in Los Angeles as well as a member of PanCAN’s Scientific & Medical Advisory Board; and Andrew Hendifar, MD, medical oncology lead for the Gastrointestinal Disease Research Group at Cedars-Sinai and co-director of Pancreas Oncology. 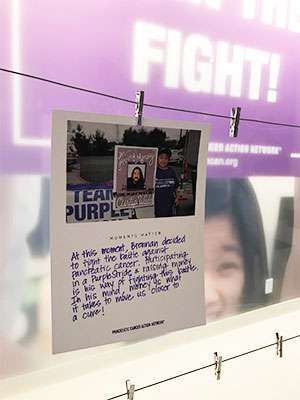 To coincide with the anniversary, PanCAN introduced a yearlong campaign, “Moments Matter,” to pay tribute to all who have worked to achieve key milestones throughout the organization’s history. The theme also reiterates the importance of continued work to ensure patients have more time – more moments – to spend with their loved ones.

A commemorative art installation featuring the shared moments will be showcased throughout the year in PanCAN’s Manhattan Beach headquarters. Stories and photos will also be highlighted on pancan.org, with additional options to share on social media with #MomentsMatter.

“My hope for you in this moment is that we will continue to stand-in-hand, united in our compassion, generosity and determination to defeat pancreatic cancer.”