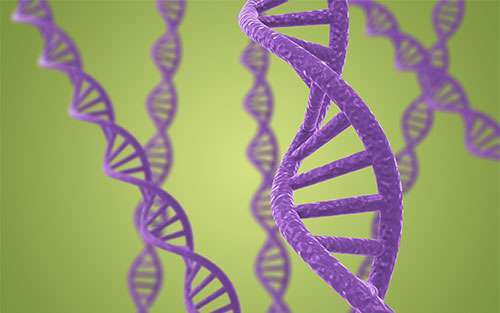 Find out which genetic and molecular tests can provide important information for you or your loved one.

The so-called breast cancer genes BRCA1 and BRCA2 were originally found to increase a woman’s risk of breast cancer when mutated. More recent research has found that altered BRCA1 and BRCA2 do not just increase risk of breast cancer – or just women’s cancers – but can lead to higher risk of pancreatic cancer, too. Individuals of Ashkenazi Jewish descent have a higher risk of developing pancreatic cancer, for example, due to relative frequency of BRCA mutations in that population.

But there’s good news. As covered in a Forbes article today, evidence has suggested that patients whose tumors have a BRCA1, BRCA2 or a similar alteration have a higher likelihood of responding to a class of drugs called PARP inhibitors.

The normal function of BRCA1 and 2 proteins is to regulate cells’ ability to discover – and repair – damage to DNA. Healthy cells do not tolerate DNA damage and ensure that breaks in the DNA strands are quickly and efficiently fixed. If left unchecked, damage to DNA can lead to malfunctioning proteins – which is a hallmark step in the transformation of healthy cells into cancer cells.

“The BRCA proteins are known as tumor suppressors,” explained Victoria Manax Rutson, MD, chief medical officer of the Pancreatic Cancer Action Network. “This means that their normal job is to prevent cells from becoming cancerous. When BRCA1 or 2 is mutated, DNA damage can accumulate, and the cells can begin behaving aberrantly and form tumors.”

But there’s a limit to the DNA damage that a cell can sustain.

Poly ADP ribose polymerase (PARP) is a protein that repairs a different type of DNA damage than BRCA family members. PARP is in charge of fixing small nicks to DNA – instances where a tear occurs in one of the two DNA strands. BRCA1 and 2 oversee repair of more dramatic double-strand breaks to DNA.

“When BRCA1 or 2 or other similarly acting proteins are mutated, PARP’s role is amplified to make sure that minor damage to DNA gets fixed and doesn’t lead to more widespread problems,” Manax said. “When you inhibit PARP in cells that do not have functional BRCA, rampant DNA damage ensues and the cells can’t keep up – so they die.”

Basing a person’s treatment on the biological makeup of their cancer cells, determined through molecular profiling, is the foundation of precision medicine. Every pancreatic tumor is different. The Pancreatic Cancer Action Network strongly recommends molecular profiling of your tumor to help determine the best treatment options.

Eligible patients can enroll in our molecular profiling service, Know Your Tumor®, to learn if their tumor has BRCA mutations or other alterations that may influence personalized treatment options.

Contact PanCAN Patient Services to learn more about the testing of PARP inhibitors in pancreatic cancer, or for other questions about clinical trials, precision medicine and the treatment of pancreatic cancer.