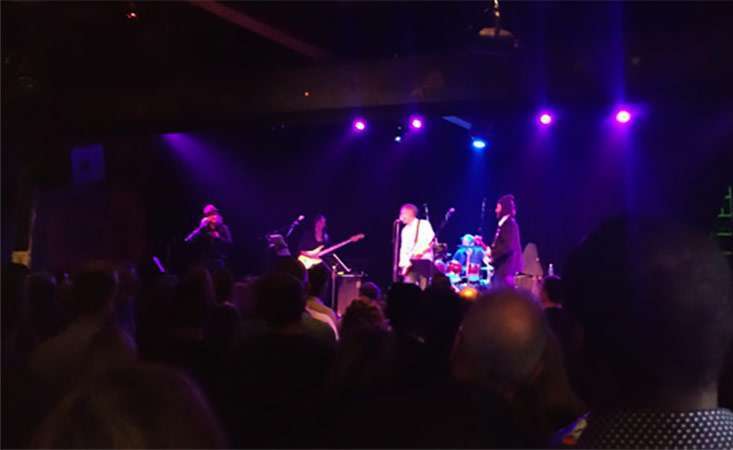 Proceeds from the benefit concert raised critical funds for PurpleStride Puget Sound, the walk to end pancreatic cancer, via team “Matt’s Army.” The event also created much-needed awareness for a disease in which the five-year survival rate is just 9 percent.

The event was organized by his wife, Amy Mezulis, daughters Anna and Elsie, and close friends.

After his diagnosis, Bencke penned a private letter to his family and closest friends to share what he was going through. After some encouragement from his support network, he shared the personal piece publicly and it was featured in WIRED magazine.

His willingness to share his journey with others outside of the pancreatic cancer community has been key to raising vital awareness. Bencke’s story was read and shared by hundreds of thousands, if not millions, and put a face to this deadly disease. 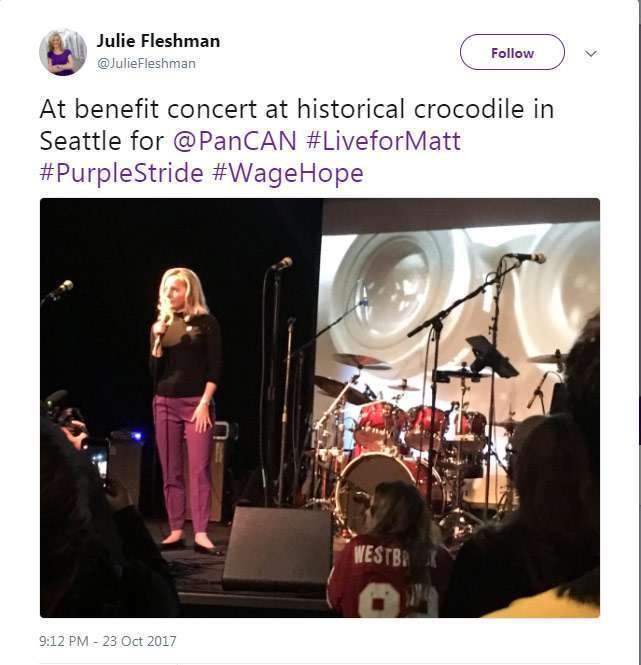 Julie Fleshman, JD, MBA, PanCAN president and CEO, was at the concert and highlighted the important contributions that Bencke made by sharing his story with the world. She also stressed the importance funding makes for pancreatic cancer research, especially early detection initiatives.

“Tonight we celebrate Matt. He was taken far too soon from his amazing, beautiful family, a thriving business and from a community of people who all loved him. That is unacceptable.”

This event was especially important to Bencke because of his love and passion for music. “Element 47,” a band Bencke was a part of, and the “Jellyrollers” covered tunes across the rock n’ roll spectrum including songs from Led Zeppelin, Pink Floyd, Coldplay, Grateful Dead, Jimi Hendrix and Neil Young, to name a few.

This November for Pancreatic Cancer Awareness Month, please take action and help raise awareness for pancreatic cancer, just like Bencke did by sharing his courageous story. Join the Pancreatic Cancer Action Network to demand better for patients and for survival.

To learn how you can Demand Better this November, visit pancan.org/demandbetter.