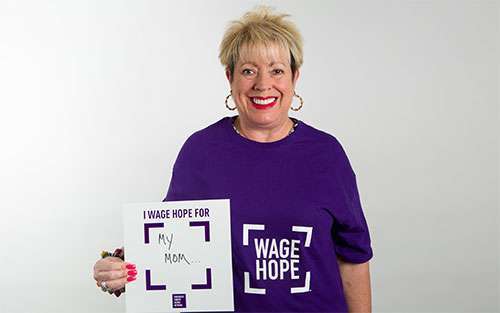 Like It Matters Radio is powered by iHeart Radio in Minnesota. Marquardt spoke with host Scott Black about her mother, Rose Schneider, who died just six months after being diagnosed with pancreatic cancer in June 1996. She was 68.

Marquardt transformed her loss and grief into hope by establishing the Pancreatic Cancer Action Network in 1999.

“Pancreatic cancer took her life, but her life mattered in such a way to inspire a movement,” Marquardt said.

Today, PanCAN has a nationwide grassroots network of over one million people attacking this disease on all fronts through advocacy, clinical initiatives, research and patient services.

Throughout the interview, Marquardt also explained why pancreatic cancer is the world’s toughest cancer, which currently claims the lives of 91 percent of its victims within five years in the U.S.

“The pancreas is deep within your abdomen, and so many times the symptoms you have are vague and can easily be attributed to something else,” Marquardt explained. “By the time it’s diagnosed, it has already spread.”

“We really need to focus on early detection methods and effective treatment options,” Marquardt added, which is a part of PanCAN’s urgent mission to double survival by 2020.

Before the interview closed, Marquardt urged listeners to end pancreatic cancer by participating in PurpleRideStride Minnesota on September 16. Black also created a virtual team – Team Like It Matters – for the event that his listeners can join.

Listen to the full interview:

To register for a local PurpleStride® near you, visit purplestride.org.