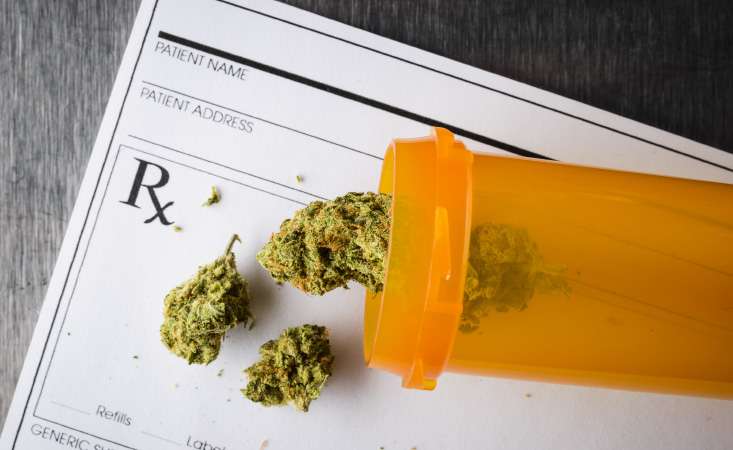 Cancer patients have reported finding pain relief and appetite stimulation from the use of medical marijuana, also known as cannabis. In fact, the Pancreatic Cancer Action Network’s (PanCAN) Patient Services, which provides free, in-depth and personalized resources and information about pancreatic cancer, has received many questions about the use and effects of medical marijuana. For example, how is marijuana derived and how can it be used by cancer patients?

The use of marijuana and cannabinoid drugs for medicinal purposes, such as controlling pain and stimulating appetite in cancer patients, have been and continue to be studied in the lab and in clinics. Consequently, conflicting information has been reported in clinical studies using cannabinoids as pain relievers or appetite stimulants for cancer patients.

Some studies have reported that patients regained appetite and sense of taste, while others reported cannabinoids are no more helpful than other prescription appetite stimulant medications. Likewise, some studies about pain relief report promising results, while others have shown cannabinoids are no more helpful than prescription medications for controlling pain. 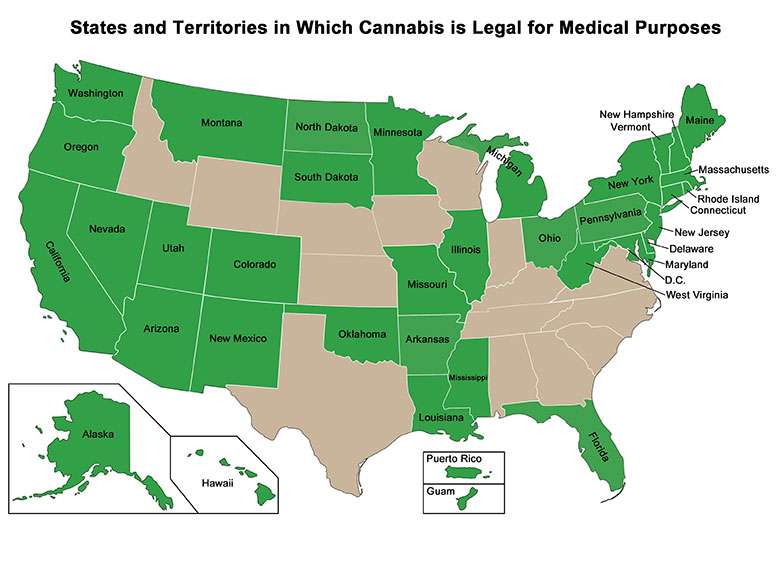 This map shows U.S. states and territories where marijuana is legal for medical purposes.
(Image courtesy of the National Cancer Institute.)

It is important for patients to speak with their doctor to determine if marijuana would be helpful in their fight against pancreatic cancer. According to Anne-Marie Duliege, MD, PanCAN’s Chief Medical Officer, “Since there has not been sufficient data generated yet to produce consistent clinical results about the benefits of medical marijuana for patients, we encourage patients to discuss problems such as pain and appetite stimulation with their doctor to determine the right medications to help control such issues.”

Patient Services often receives questions about how medical marijuana can be used when fighting pancreatic cancer. Here are five things to know:

Contact Patient Services with any questions about cannabis or any other topics related to pancreatic cancer, or visit the National Cancer Institute online for additional information.
Share  Tweet
More on:
You may also be interested in...