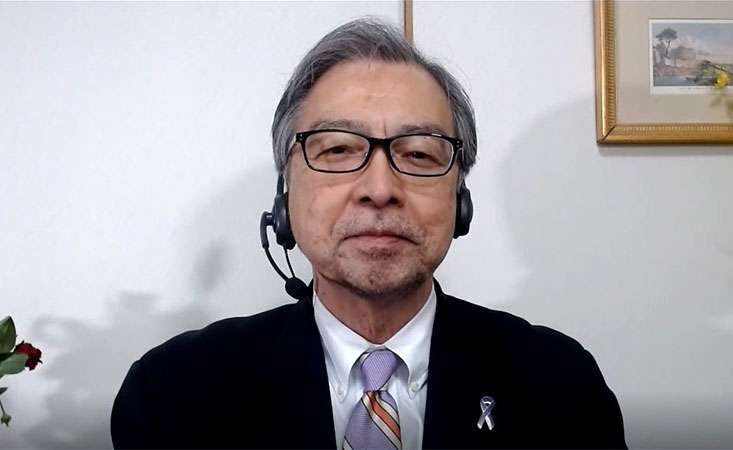 Majima is president of the Pancreatic Cancer Action Network (PanCAN) Japan affiliate, which was formed in 2006 in memory of his sister. 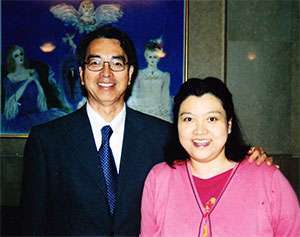 Majima with his sister, whose pancreatic cancer diagnosis and death inspired him to launch PanCAN Japan.

“It all started with the painful experience of losing my baby sister to pancreatic cancer,” he said. “I still cannot talk about that experience without becoming emotional.”

Like PanCAN in the United States, PanCAN Japan focuses on advancing research, supporting patients and creating hope for everyone affected by the disease. Being recognized by AACR with this award feels very fulfilling to Majima.

“This award signifies that our No. 1 mission of advancing research and related work in Japan is recognized by AACR,” he said.

AACR presents its Distinguished Public Service Award to people whose “extraordinary work has exemplified the AACR’s mission to prevent and cure all cancers through research, education, communication, collaboration, science policy, advocacy, and funding for cancer research.”

“I am extremely proud of Yoshi and incredibly impressed by the progress he’s made happen on behalf of pancreatic cancer patients in Japan,” Fleshman said.

The feeling is mutual.

“It was Julie who helped me to propose to the PanCAN Board of Directors about establishing PanCAN Japan, so that we could start an international affiliate,” Majima recalled.

“She was always a driving force. I am so lucky that I had a great leader and a mentor.” 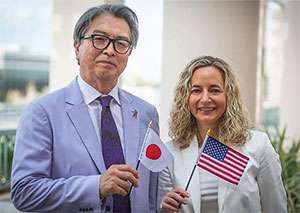 Majima and Fleshman at the World Pancreatic Cancer Coalition meeting in 2018.

Some of PanCAN Japan’s key accomplishments have involved getting drugs approved in Japan for pancreatic cancer patients, after approval in the U.S. and Europe. The laborious process entails gathering signatures and petitioning the Japanese government.

PanCAN Japan has also held PurpleStride and other fundraising events, allowing them to award research grants. Majima is also proud to have established a scientist-survivor program in Japan, modeling a program he’s participated in through AACR.

“After 10 years of our work in Japan, I thought it was important to train research advocates who can carry on our torch to the next stage,” he said.

Majima expresses deep gratitude to PanCAN and other members of the World Pancreatic Cancer Coalition for their support and guidance over the years.

“Without those organizations’ leadership and help, our work in Japan would not be possible,” he said.

“It is the organizational success of PanCAN in the United States that supported our work in Japan. Without its excellent work and reputation, nothing in Japan would be possible.”

Join us in congratulating Dr. Majima for this well-deserved recognition and support PanCAN’s relentless mission to improve outcomes for pancreatic cancer patients everywhere.
Share  Tweet
More on:
You may also be interested in...