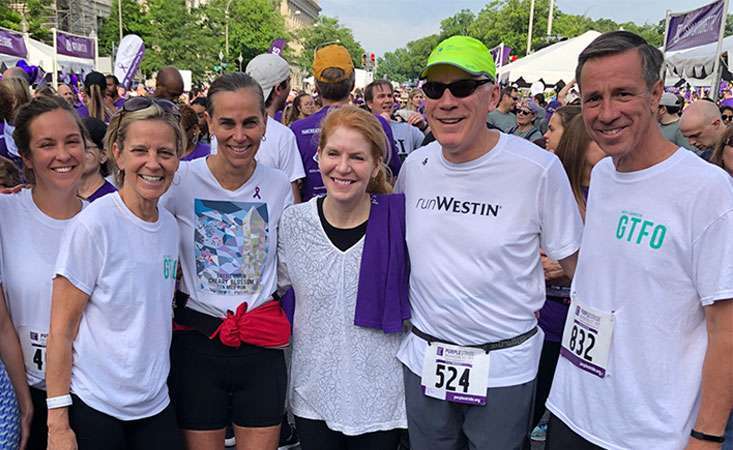 President and CEO of Marriott International Arne Sorenson died yesterday, Feb. 15, 2021, at the age of 62.

Sorenson was diagnosed with stage II pancreatic cancer in May 2019.

“We are tremendously saddened to hear the news of the passing of Arne Sorenson after battling pancreatic cancer. He was a beloved member of our PanCAN community,” said Julie Fleshman, JD, MBA, president and CEO of PanCAN. 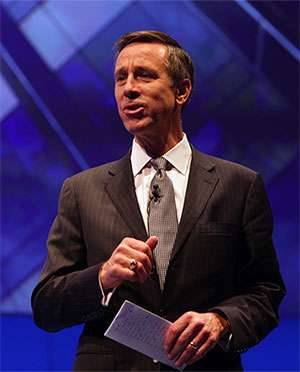 Marriott International President and CEO, Arne Sorenson was diagnosed with pancreatic cancer in May 2019.

As President and CEO of Marriott International – only the third person to hold the job title and the first without the Marriott surname – Sorenson not only had a sharp mind for business, but an open heart for his employees and causes meaningful to him.

He made substantial progress within the company that impacted the outside world, tackling issues on diversity, equity and inclusion, environmental sustainability and human trafficking awareness.

He did the same for pancreatic cancer – using his platform and voice to spread awareness about the world’s toughest cancer.

In June 2019, he wrote about his pancreatic cancer diagnosis, PanCAN’s PurpleStride and his love of running for his 800,000 followers on LinkedIn, sharing his realization that though his diagnosis may have slowed his running time, it had given his old passion an even deeper purpose.

PanCAN also encourages those who have been diagnosed to discuss genetic testing for inherited mutations and tumor tissue biomarker testing with their healthcare team. These tests can be available through their treating institution or PanCAN’s Know Your Tumor® precision medicine service.

PanCAN sends its deepest condolences to the Sorenson family, including his wife and four children, and to the Marriott family he cared so much about.