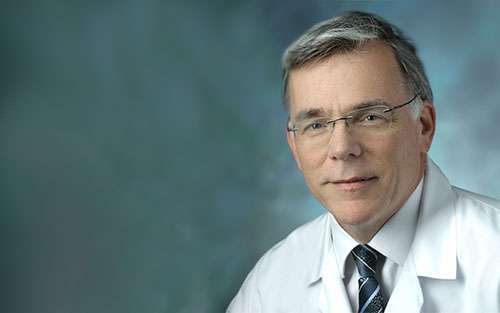 One of the reasons that pancreatic cancer is particularly challenging to clinicians is that the majority of cases are diagnosed once the disease is in its advanced stages, when treatment is much less effective.

Most of the time, pancreatic cancer is diagnosed via various imaging tools – but imaging is not sensitive enough to visualize small tumors or precancerous abnormalities. Also, individuals do not undergo gastrointestinal imaging on a routine basis. And finally, imaging cannot accurately differentiate a benign cyst in the pancreas from a growth that is likely to progress to invasive cancer.

Newer technologies and improved scientific knowledge have allowed for the search for biomarkers, or biological clues that are detectable and measurable in bodily fluids or tissue specimens, which could vastly improve our ability to diagnose this disease. 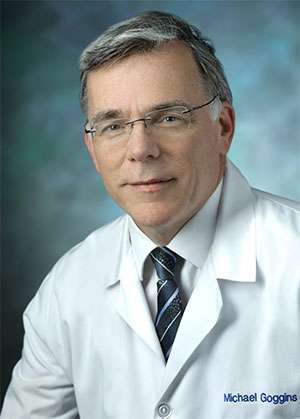 Michael Goggins, MD, professor of pathology at the Johns Hopkins University School of Medicine, has devoted his career to devising strategies to detect pancreatic cancer in its earlier, more treatable stages – or even detecting the disease when it’s precancerous.

In 1998, Goggins was faced with the possibility of diverting his research focus elsewhere, because he did not have the funding necessary to launch the country’s first lab entirely dedicated to the earlier detection of pancreatic cancer.

But when Pamela Acosta Marquardt learned of Goggins’ plight, she hosted the first “An Evening with the Stars” gala in hopes of raising the funds necessary to keep Goggins’ lab afloat. And she did.

Fifteen years later, in 2013, Goggins and his colleagues, Marcia Canto, MD, and Anil Rustgi, MD, received one of two inaugural $1 million Research Acceleration Network (RAN) Grants from us, funded to honor the legacy of Skip Viragh.

Earlier this week, Goggins and his research team published an important paper in the prestigious journal Gut, describing progress made possible by their RAN Grant.

The team sought to analyze pancreatic juice, or fluid that is secreted by the pancreas that can be collected through endoscopy. They used advanced digital technology to find DNA mutations in the pancreatic juice – and they analyzed whether these mutations could serve as biomarkers indicating the presence of early tumors or precancerous lesions.

Importantly, four individuals on the study who had no initial evidence of pancreatic disease eventually developed tumors of the pancreas. Two of these study participants had mutations detected in their pancreatic juice within 18 months of diagnosis, whereas imaging scans at the time appeared normal. This finding underlies the potential value of routine testing of pancreatic juice in order to detect early cancer or pre-cancer in individuals considered at high risk for developing pancreatic cancer.

While promising, the results presented in this study are preliminary and require further evaluation before becoming more widely available.