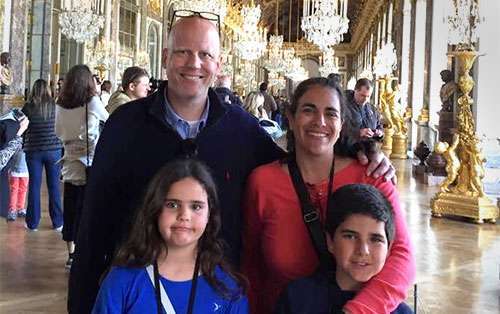 Note: The following is from our #WhyIStride stories featuring Todd Horne, team captain for Team Horne, one of the top fundraising teams for PurpleStride Washington, D.C. 2017. 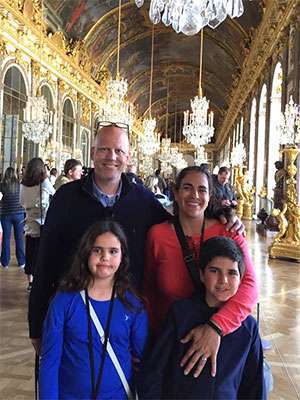 Todd Horne and family on vacation in Paris

In 1989, Todd Horne lost his mother to the disease. Then in 2015, Todd was diagnosed with stage II pancreatic cancer and had Whipple surgery. Unfortunately, the cancer metastasized during 2016 and made him a stage IV pancreatic cancer patient.

Todd tries to live life as normal as possible every day for his wife and kids. He still coaches baseball on the weekends and works full-time during the week, while still going through chemo for three days every two weeks. His family, neighbors and colleagues motivate and energize him to persist in fighting the disease.

Todd is determined to run (not walk) the 5K for PurpleStride Washington, D.C., to “inspire others with cancer,” recognize those who have supported him through his challenging journey, including his loving family, caregivers and friends, and to honor his late mother. He continues to Wage Hope in the fight!

Here’s more of Todd’s motivation, in his own words:

“The survival rate for pancreatic cancer is dismal…at just 9 percent for five years.

Although I’m taking chemo, I intend on running the PurpleStride 5K on June 10, 2017, in Washington, D.C., for the following reasons: 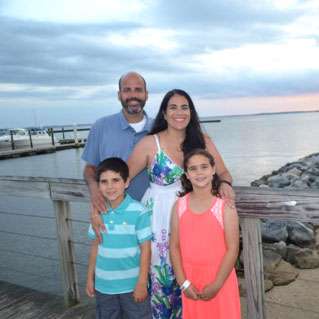 Todd Horne and his family

I was reluctant to share this, but after learning of the proposed budget cuts to the National Institutes of Health (NIH) was when I decided to run and try to raise money. The NIH is key to fighting all types of cancers and funding is critical in the advancement to find cures.

I know many of you have supported us in many different ways over the last two years and we greatly appreciate your support.

The [June 10] date of the [PurpleStride Washington, D.C. 2017] race is significant. On August 11th (ten months ago) I was told that I likely have ten months to live. The actual quote was “ten, maybe twelve months.” [The doctor] did go on to say that this was just a number and not to get my head too wrapped around it, but it has still stuck with me.”

PurpleStride Washington, D.C., is June 10. If you can’t make it, you can still make a difference and help end pancreatic cancer by making a donation at purplestride.org/dc today. Every dollar counts for the future of patients everywhere!