Caregivers/Families  Pancreatic Cancer News  It Starts with Someone: Brenda Young

It Starts with Someone: Brenda Young 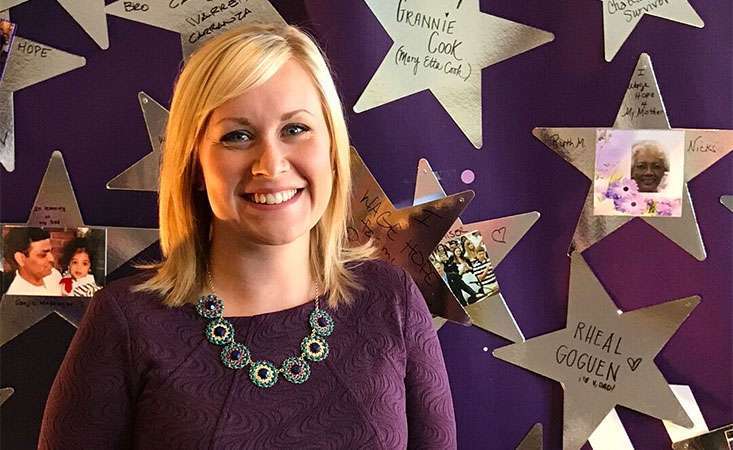 Brenda Young at PanCAN’s volunteer conference in 2017, where she had a chance encounter with her late sister’s oncologist.

Editor’s note: For each of us involved in the cause, it started with someone – the reason we were compelled to get involved with the Pancreatic Cancer Action Network (PanCAN) and change the story of pancreatic cancer. Brenda Young lost her sister to pancreatic cancer in 2016. She has more than one “someone” – one is her sister, and the other is her sister’s oncologist.

Brenda Young will never forget seeing Vaibhav Sahai, MBBS, at Michigan Medicine, the University of Michigan’s health system, in May 2015 for what she thought would be the last time. 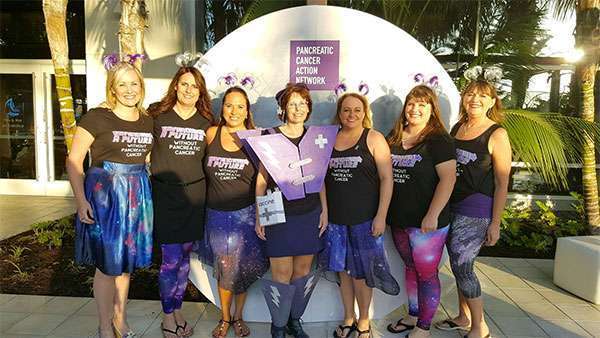 Brenda Young, left, with fellow volunteer leaders from the Boise Affiliate having fun at a special event in 2017.

She had flown in from Boise, Idaho, to visit her 35-year-old sister, Heather Rasmussen, who had been hospitalized for complications due to pancreatic cancer after battling the disease for more than a year. And Sahai, Rasmussen’s oncologist, paid them a visit.

“He came into her room to say goodbye,” Young remembered. “He was wearing a purple ribbon pin on the lapel of his white lab coat, and with tears in his eyes, he told me, ‘I’m so sorry we couldn’t do more.’”

Young had recently learned about the Boise Affiliate of PanCAN volunteers, and she told Sahai that she appreciated all he and the healthcare team had done for her sister and all that PanCAN was doing for her.

“Dr. Sahai looked me in the eyes and said, ‘You have to tell her story. You have to stay involved in the cause. It’s going to take people like you and your family to change outcomes. You are the ones who will make a difference.’”

Rasmussen left the hospital and returned home that day, and she lived for eight more months. Well known in the community of Battle Creek, Mich., she enjoyed spending time with friends and family and clients – she owned a hair salon in the area. 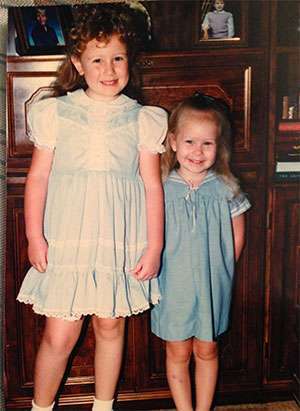 Young had always looked up to her older sister.

“She was larger than life,” she said.

“Growing up, we were exact opposites – and talk about sibling rivalry – we hated each other! But we were best friends by the time we became adults. I followed in her footsteps in everything, and luckily she had a great reputation. I was always known as Heather’s little sister, and that was a good thing. She helped pave the path for my success.”

When Rasmussen passed away in January 2016, Young heeded Sahai’s advice and got even more involved in the Boise Affiliate. She eventually became a volunteer leader, taking on the Advocacy Chair role, and she attended National Pancreatic Cancer Advocacy Day in Washington, D.C. There she met with her members of Congress to tell her sister’s story and why the need for more pancreatic cancer research funding is urgent.

In August 2017, Young was invited to a PanCAN volunteer leadership conference in San Diego. More than a year after her sister’s passing, and on her 34th birthday (the age her sister had been when she was diagnosed with pancreatic cancer), Young was surprised to see a familiar face by the elevator at the event location. 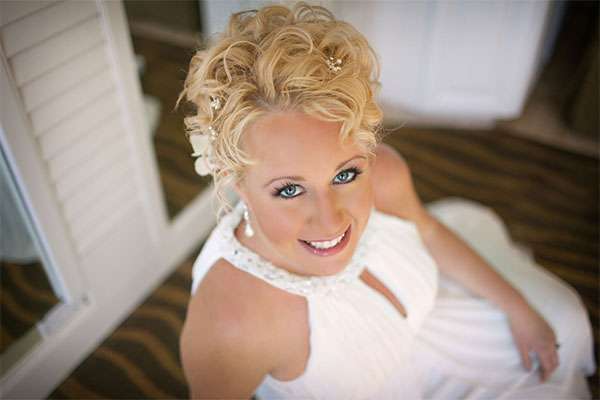 Heather Rasmussen was married seven months before learning she had pancreatic cancer.

It was Sahai: a group of healthcare professionals and researchers supporting PanCAN had also been invited to attend the event.

“I was really struggling that day – it was my birthday (my sister was a birthday fanatic) and the emotion of being surrounded by so many people who had been through having a loved one with pancreatic cancer, including volunteers from my affiliate in Boise, was overwhelming,” Young said.

“When I finally had a chance to approach Dr. Sahai, I was nervous. I wasn’t sure he’d remember me.”

“Your sister passed in January 2016, right?” Sahai asked her. “Did she ever get back to her salon?”

Young couldn’t believe he had remembered so much about her sister, and that he had known exactly when she passed away.

“I also got to look him in the eyes, as he had done with me more than two years earlier in the hospital room, and tell him I was grateful he encouraged me to get more involved. That it had been an incredible way to channel my emotions and my anger over her death. We had a wonderful conversation. It was closure for me.” 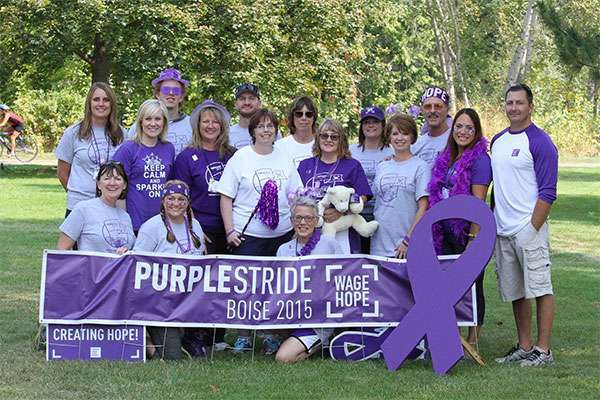 Young said she sometimes gets questions about her involvement in the cause from others who have lost a loved one to the disease, such as, “Isn’t it so sad, reliving that experience every day?”

Sure, it can be, Young tells them. But it’s about more than that.

“I’m doing this for others,” she is apt to say. “I’m taking action so that someday, someone else’s sister doesn’t need to.”

Young plans to attend Advocacy Day in Washington, D.C., again this year. You can, too – learn more and register.