Pancreatic Cancer News  It Starts With Someone: Monica-Amit Mishra

It Starts With Someone: Monica-Amit Mishra 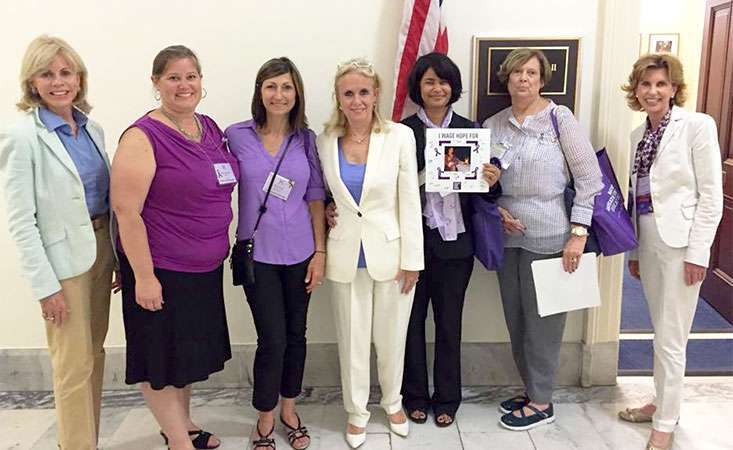 Editor’s note: For each of us involved in the cause, it started with someone — the reason we were compelled to get involved with the Pancreatic Cancer Action Network (PanCAN) and change the story of pancreatic cancer. Monica-Amit Mishra’s “someone” is her mother, Ranjana (Monica-Amit calls her MAA). Below, she shares her story.

She is a tireless advocate and a dedicated volunteer. 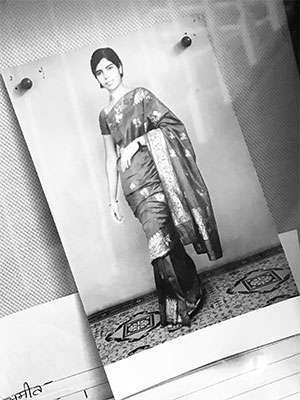 Monica’s mother and inspiration, Ranjana Upadhyaya, passed of pancreatic cancer in 2003. She was 50.

Monica-Amit Mishra of Ann Arbor, Mich., is inspired by her mom, Ranjana Upadhyaya, who passed away of pancreatic cancer in 2003 at age 50.  She also lost her father to the disease in 2016.

“MAA was a very strong woman, and she had a way of carrying herself. She was beautiful and brilliant. I want her to be known through my volunteer work,” Monica-Amit said. “She always wanted me to embrace a sense of leadership. Because of this, I push myself out of my comfort zone.”

Monica-Amit first attended a PurpleLight and then participated in PurpleStride Washington D.C., which was around Advocacy Day.

“Participating in that PurpleStride in honor of MAA and being able to meet so many inspiring people including Julie Fleshman and PanCAN founder Pamela Acosta Marquardt, made me feel like I was coming home.”

When Monica-Amit traveled to Washington D.C. again for her first Advocacy Day in 2013 she was motivated by the stories of survivors and people who had also lost loved ones to pancreatic cancer. She knew she was doing the right thing.

“Listening to all the people impacted by pancreatic cancer, I knew, that I had to be in the trenches and fight.”

Being inspired by the energy of Advocacy Day and her mom, Monica-Amit knew she had to take on the advocacy leader position in her local affiliate when she moved to Michigan – she wanted to raise the profile of pancreatic cancer and advocate for the necessary federal funding for additional pancreatic cancer research. 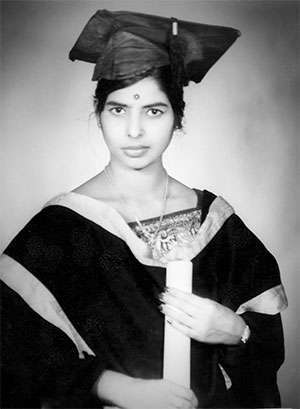 Ranjana Upadhyaya when she received her BA in Literature.

Having a research background herself, Monica-Amit has a unique perspective and understanding about the challenges faced by scientists and how critical federal funding is. Research dollars and grants attract new investigators, and if they continue to get support in their field of study, they will spend their entire career there.

“I want to help researchers who can help us, I don’t want scientists to lose their passion for fighting pancreatic cancer because of funding issues,” Monica-Amit said. “Drawing the connection between federal funding and the impact it has on scientists is so important to show elected officials. I want Congress to know that there’s a huge sense of urgency with pancreatic cancer, and scientists need to know they have support.”

Not only is Monica-Amit’s mother her inspiration for volunteering, but she also instilled in her a deep passion for learning. “MAA instilled in me a profound respect for teachers and mentors.”

“Ever since MAA passed on, my entire being is geared towards issues surrounding pancreatic cancer. Volunteering helps me deal with the tragic loss of my mother.”

“Pancreatic cancer is not just about statistics. There are people suffering. We need to act now, and we can’t afford to stop.”