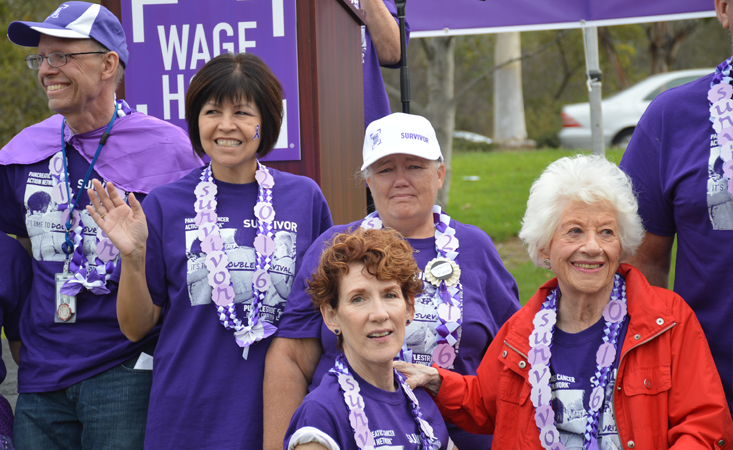 Manhattan Beach, Calif. – (August 6, 2018) Charlotte Rae, an American TV actress, comedian, singer and Pancreatic Cancer Action Network (PanCAN) champion, has died. She was 92. No cause of death has been announced, but Rae publicly fought pancreatic cancer since 2009 and more recently, was diagnosed with bone cancer.

Rae was known most notably for her portrayal of Edna Garrett (Mrs. Garrett) in the sitcoms “Diff’rent Strokes” and its spin-off, “The Facts of Life.” 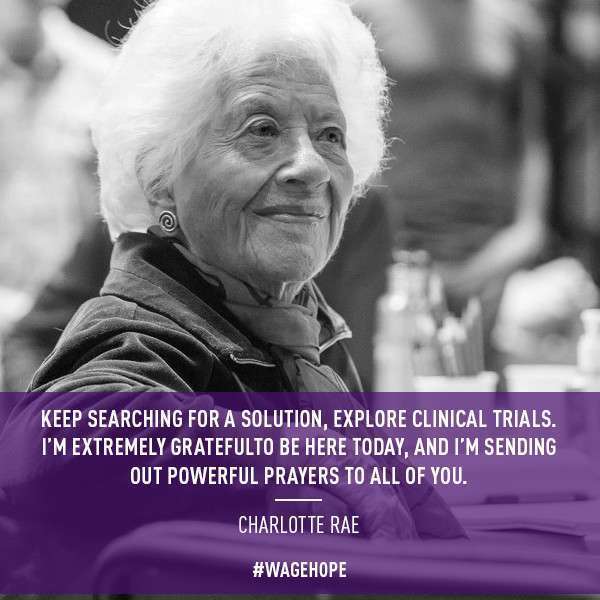 In 2016, Rae told PanCAN and other patients to explore clinical trials and to search for a solution.

“In the pancreatic cancer community, Charlotte was a cherished champion for the cause,” said Pamela Acosta Marquardt, PanCAN Founder. “She served as an Influencer of Hope, an elite group of notables who lend their voice and unite with everyday heroes in the fight against pancreatic cancer, and Charlotte was always willing to use her voice to raise awareness and visibility.”

“Keep searching for a solution, explore clinical trials,” Rae told PanCAN in 2016 when asked what advice she gives other patients fighting the disease. “I’m extremely grateful to be here today and I’m sending out powerful prayers to all of you.”

Not only did Rae use her voice on behalf of the world’s toughest cancer, she attended local PurpleStride walks, championed for increased federal funding through PanCAN’s annual National Pancreatic Cancer Advocacy Day in Washington, D.C., and referenced the organization in numerous media interviews.

“We must speak out loud and clear: Federal funds must be invested to develop more effective treatments and to find a simple, affordable detection test,” Rae told fellow PanCAN Advocacy Day participants in a letter she penned in 2013. “This disease is so frightening because it cannot be detected early enough. Effective treatments and early detection tools could save thousands and thousands of lives.”

On behalf of Rae and all patients like her, PanCAN will continue to work diligently to double survival and improve patient outcomes.

Rae joins a growing list of notable public figures affected by the disease. The Pancreatic Cancer Action Network (PanCAN) sends condolences to his family and loved ones during this time.