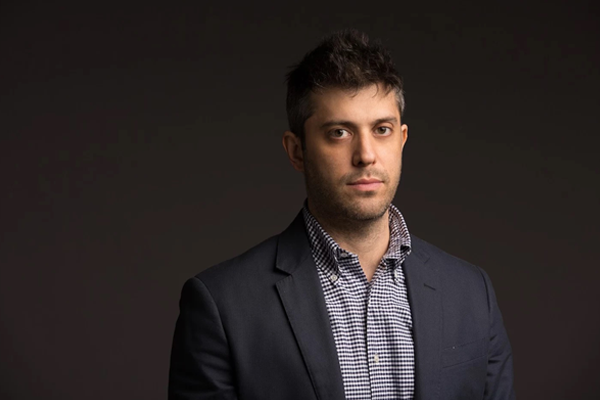 Editor’s Note: In late 2017, Andrew Edgerton passed away. His friend Sheila Battin wrote a follow-up story about his legacy.

Growing up athletes, Andrew (Andy) Edgerton and Mike Coleman have adopted the common thread of other successful athletes: never give up. That recipe for success is made up of strength, endurance and perseverance – until the mission is accomplished. That same no-holds-barred spirit is fueling their fight against cancer. One friend is literally running the race of his life, and the other is giving unwavering support.

Fighting cancer is something they never thought they would have to do, but they are giving it everything they got and are undeterred in their mission to beat it. Nearly 30 years ago, Edgerton and Coleman formed an unbreakable bond on a soccer field at nine years old.

“Andy is my childhood best friend. We won and lost together. We grew into men together. We pushed each other to be better in areas where the other lacked. Andy is still doing that for me today,” Coleman said.

In the fall of 2015, Edgerton, then 37, began experiencing abdominal pain, initially thought to be indigestion.

“It’s hard to describe – how do you describe the pain of something you have never felt before? Right under my ribs there was this real intense pain and at one point, I couldn’t get off the ground,” Edgerton explains.

A short time later, Edgerton received the news that he has stage IV pancreatic cancer. Coleman says that he will never forget the day he found out about his friend’s diagnosis and all the questions that lingered.

“I had so many questions. I had so many fears. How was I going to be strong for my friend when I felt so weak, so helpless and so unprepared for this new role I was being forced into? So what did I do? I simply told myself at that moment that I was going to be whatever he needed me to be. I was not really sure what that meant at that moment, but I was going to figure it out. It turned out that it meant that I was going to simply continue being the friend that I always had been to him but with heightened sensitivity. Every day and every conversation is different with him. I have to listen and react to his mood and to his state of mind. Most days are good. Andy is mentally tougher than anyone that I have known,” Coleman said.

Cancer may have changed the game but it has not changed Edgerton’s mindset. He continues to push forward.

“Every day, you get up and rock it! Some days are easier than others.”

Cancer is most certainly an unknown, and, according to Coleman, since Edgerton’s diagnosis, the one gift that cancer has given is the deepening of an already close friendship.

“We started to hug. We would cry in front of each other. We started saying ‘love ya’,” he said.

Despite his diagnosis and some setbacks, including that the chemotherapy stopped working, Edgerton remains positive, leaving many inspired by his fight. Yet, he maintains that he is no inspiration, and cancer does not discriminate.

“I don’t think I am any different than anybody else. You never know how hard you can fight until you have to,” Edgerton states.

Still, Coleman says that Edgerton sets an example that even in the face of what seems like insurmountable odds, hope is very possible. He knows that his longtime friend’s ultimate message is to live life to the fullest.