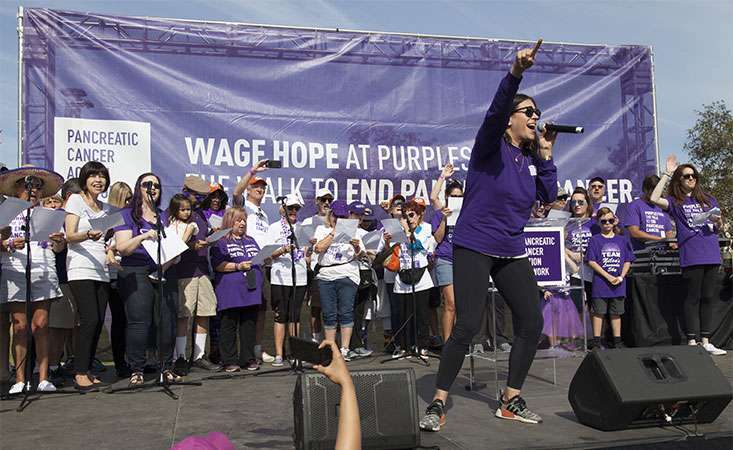 But 2020 was also different in a more momentous way for Willett.

This year, she was joined by her daughter, Charlie, now three months old.

In the opening ceremony video for PurpleStride New York City 2020, Willett talked about losing her dad to pancreatic cancer, bringing Charlie into the PanCAN community and more.

“This would have been our first PurpleStride with Charlie, to introduce her to an amazing community of people who shed so much light and hope on a disease that can be heartbreaking,” she said.

“I know we’re in a crazy time of separation and isolation … through all of it, we’re all still connected, we’re all still finding our ways to be connected and I think that’s what PanCAN does for a lot of us who’ve lost our loved ones. It connects us back to them.”

As Willett experienced her first Mother’s Day this year, she talked about her dad, for whom her daughter is named.

“Everybody called him Chuck, except my grandma – she called him Charlie. When he passed away, I got ‘Charlie’ tattooed on my arm for him, and for my grandma, who passed away shortly after he did,” Willett said. “We’ve kept his memory alive with a new life.”

In addition to a new daughter, Willett and her fiancé have a new business – a pizzeria, which they opened in October. During the coronavirus pandemic, they’ve continued to operate with modified hours, small staff, curbside pickup and contact-free delivery.

And on the menu under “Specialty Pies?” “The Charlie” with pepperoni, sausage, mushrooms, peppers and onions!

We are grateful for Willett’s commitment to the pancreatic cancer cause and PanCAN. 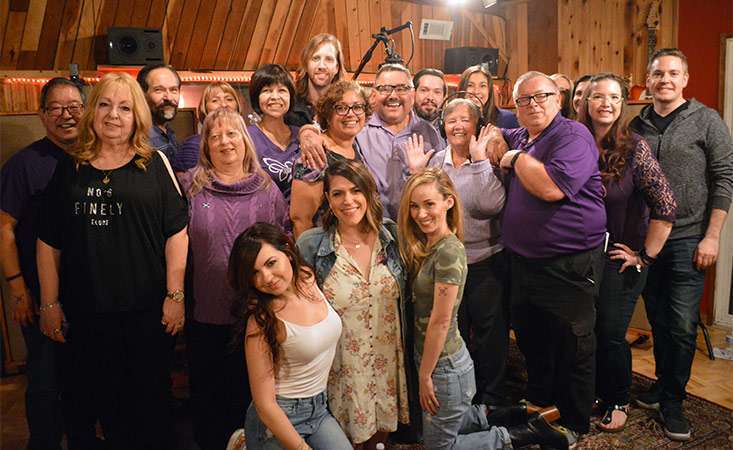 In addition to her PurpleStride participation and performances, Willett recorded “Hope’s Alive”, written by Elizabeth Russo and Tova Litvin (who were also touched by the disease), and she is donating all download proceeds to PanCAN.

The song’s recording features a chorus of pancreatic cancer survivors who are also featured in the video.

Willett and her family are already planning their attendance at PurpleStride 2021 and bringing it full circle with Charlie there.