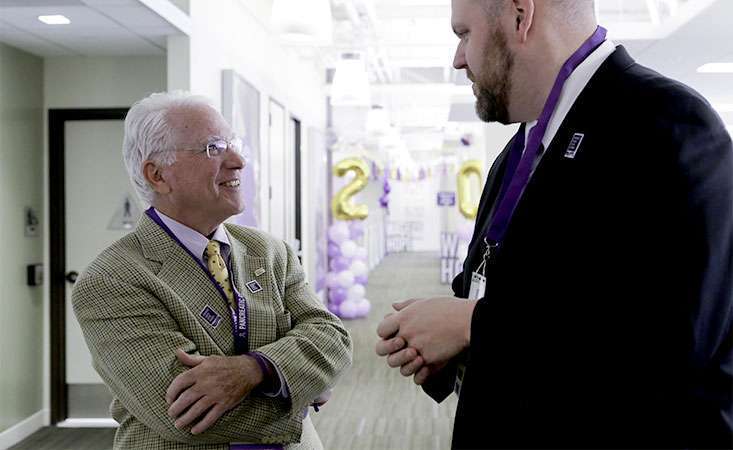 I was desperately ill for four years after my pancreatic cancer diagnosis, Whipple and follow-up surgeries, chemotherapy and radiation. One moment that stands out is when I finally started feeling better and could think about a future. 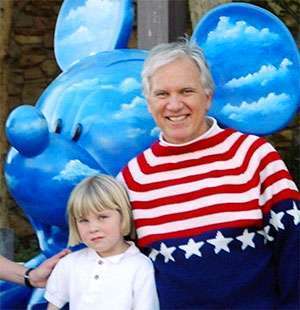 Stu took Lucy to Disneyland the day before his Whipple procedure.

At that moment, I decided I would do whatever it took to make things better by the time my only child, who was 6 years old when I got sick, graduated from college.

Soon after that I went to a Pancreatic Cancer Action Network event, and I realized this organization and its community of volunteers, advocates and researchers wanted to change the world for pancreatic cancer patients – and they were not going to take, “No,” or “It’s too hard,” for an answer.

I said to myself, “This combination is too good to be true,” and I’ve since devoted the last nine years to PanCAN. Also to note, PanCAN’s goal to double survival and raise $200 million by 2020 were the same timeframe as when my “little girl” would graduate from the college of her dreams.

It’s humbling to be able to give back to the cause, and I’m honored to do it. It’s also exhilarating! PanCAN is changing lives – and it is going to extend lives for people like me and for future pancreatic cancer patients.

PanCAN means a number of things to me as a survivor.

First, the organization is made up of a family of people who have been through this challenging disease together, and it brings others into that family with open arms. 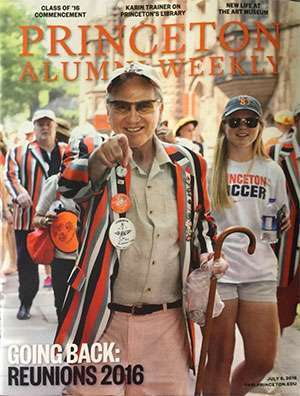 Stu and his daughter, Lucy, on the cover of Princeton alumni magazine. They graced the cover in 2016, 15 months before Lucy entered college.

It provides a support network – when you go to [National Pancreatic Cancer] Advocacy Day, or you attend your local PurpleStride, it almost feels like a reunion. And the support PanCAN gives to patients and families through PanCAN Patient Services is one of a kind.

I think the thing that would change the survival rate for pancreatic cancer almost immediately is an early detection method. Sure, I had great medical treatment, but I know that I’m here today because I was diagnosed early. I really didn’t have symptoms, and here I am 14 years later. If we could identify this disease earlier, I know this would save lives.

There is a tremendous outpouring of spirit and determination throughout PanCAN behind fighting this disease in a strategic and comprehensive way. We’re making progress and with proper funding, both from individual donors and especially from the federal government, we can change the future of the disease forever.

PanCAN is unlike anything I’ve ever experienced. I encourage more people to get involved – especially more donors. You can change the future of this disease forever. It’s doable. We have a community of researchers working together on it. We’ve seen improvements since my diagnosis, and I’m convinced that big advances are just beginning to come into view. 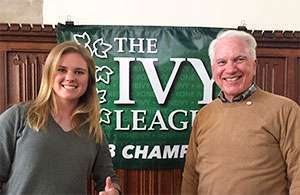 The moment I dream of in the future is when we can say we have a cure for pancreatic cancer. Another moment will come sooner: Thanks to PanCAN’s leadership, we will convert what has for so long been a “deadly disease” into a “chronic condition.” One that lets you get on with your life, and that lets you watch your kids grow up.

And as for my original goal when I was diagnosed – to be around for my young daughter and get to see her graduate from high school and go to college – today she is a sophomore in college at my alma mater.

And you’d better believe I’ll be at her graduation in 2021.

You can improve outcomes for pancreatic cancer patients with your donation of any size. If you want to change the future more quickly, reach out to one of PanCAN’s Major Gift Officers at 310-706-3508.
Share  Tweet
More on:
You may also be interested in...