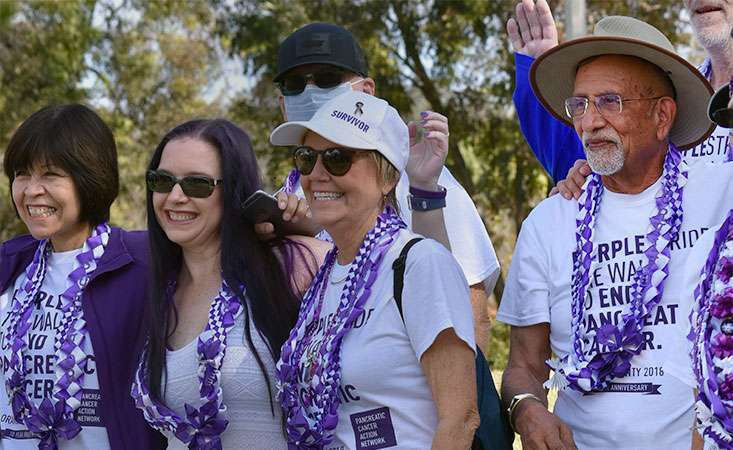 Editor’s note: Our “It Starts with Someone” series chronicles all kinds of Pancreatic Cancer Action Network (PanCAN) supporters – volunteers, survivors, caregivers, advocates, researchers – and describes the “someone” who has impacted their efforts in the fight against pancreatic cancer.

Balbir Brar, PhD, had retirement plans that included continuing his work in the biomedical field, where he had spent his career in the research and development of therapies for major diseases. During his research, Brar had become interested in what he saw as a neglected area of dental hygiene, and he planned to design a novel brushing tool to address it.

What he didn’t plan on was a 2015 pancreatic cancer diagnosis, especially since he had always been careful with his health – regular exercise, good nutrition and stress management. He was in the middle of development for his brush project and knew immediately that pending his treatment outcome, he would donate a portion of the sales proceeds to pancreatic cancer research.

While doing research on pancreatic cancer treatment and well-known surgeons in the field, he found the Pancreatic Cancer Action Network (PanCAN) and PanCAN Patient Services. His interaction with his PanCAN Patient Services Case Manager was such an excellent experience, he knew that PanCAN would be the beneficiary of his project, once launched.

After surgery, multiple rounds of chemotherapy, a relapse and additional chemotherapy, Brar was able to pick up his project once again. And just a few months ago, he launched the Embrace° Totaltooth™ and will donate $20 per kit sold to PanCAN. He is also offering a discount code for 40 percent off each purchase.

“I want to contribute to pancreatic cancer research, increase awareness and help find better treatments,” Brar said. “PanCAN has the infrastructure, organization and passion to do all of that.”

Brar is continuing his recovery and keeping himself engaged in his other “retirement” project – working with another biomedical startup. In fact, he credits his continuous mental engagement as a key part of successful treatment.