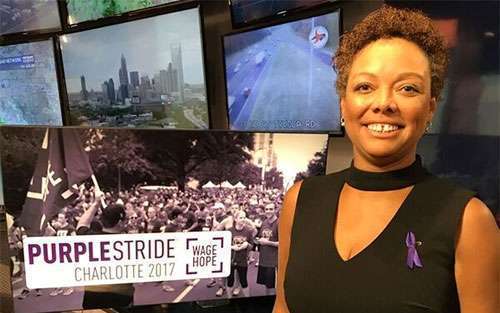 Earlier this morning, two families affected by pancreatic cancer shared their stories on WBTV’s Morning Break in preparation for PurpleStride Charlotte, the walk to end pancreatic cancer, on Sept. 9. 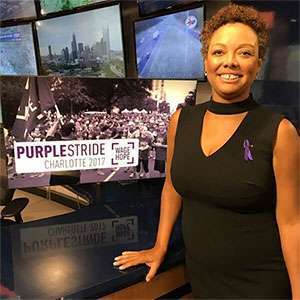 Holly Drummond’s father, Jim Whitfield, was a physician for over 40 years. And pancreatic cancer was a rare topic of conversation during his years of practice. Until 2015.

“He was diagnosed and unfortunately lost his battle six weeks later,” said Drummond. “We didn’t know about pancreatic cancer and he was a physician.”

The Jones family spoke about the loss of Harry L. Jones, Sr., former Mecklenburg County Manager and first African-American to serve in that role, who died from the disease this past February.

“We saw him fight for more than five years,” said his widow Becky.

Jones’ youngest child, Harry, Jr., also stressed, “It wasn’t a death sentence for him; it was a moment of finding out who he was and what his purpose was.” Jones was an avid supporter of the PanCAN Charlotte Affiliate, serving as a survivor speaker for their 2016 Leadership Breakfast and a longtime sponsor of PurpleStride. Sadly, Drummond and the Joneses’ stories are more common within Black-American communities.

Black-Americans have the highest incidence rate of pancreatic cancer of all ethnic/racial groups in the United States, up to 60 percent higher than other groups.

According to the National Cancer Institute (NCI)’s SEER data,  the pancreatic cancer survival rate is 9 percent for white patients, and 8 percent for black patients.

Although there are many pancreatic cancer risk factors, including family history, diabetes, obesity and smoking, the disease is more prevalent in Black-Americans compared to people of Asian, Hispanic and Caucasian descent.

There is evidence that this disparity is more related to social/behavioral and access issues rather than biology.

Both families are determined to raise awareness and support PanCAN’s urgent mission to save lives and double survival by 2020 through PurpleStride.

Register for PurpleStride Charlotte today or find your local event at purplestride.org.

Watch the full interviews at http://www.wbtv.com/category/315834/morning-break.