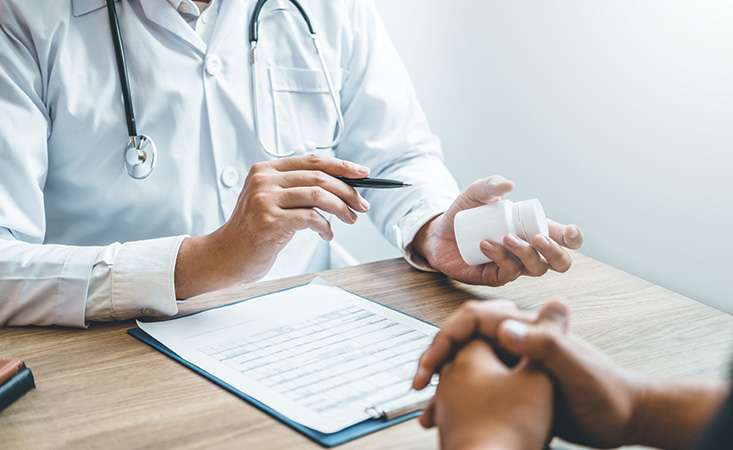 Studies have shown that one out of every four pancreatic cancer patients’ tumors has an “actionable” alteration – a biological feature that suggests a certain type of treatment may be most effective for that patient. Patients with pancreatic cancer who receive treatment based on their biology, known as precision medicine, can live longer.

Aside from a few broad categories of alterations, like those affecting the cells’ ability to repair DNA damage, most individual alterations are very rare, and it can be difficult to gather evidence on the best treatment approaches for those patients.

Approximately 95% of pancreatic tumors have a mutation in a gene called KRAS, and the mutations most commonly found in pancreatic tumors are considered “undruggable” at this time. However, in the subset of patients who have normal (also known as “wild type”) KRAS, mutations and other alterations can sometimes be found in another gene, called RAF.

“In all, we found that 2.2% of pancreatic tumors have RAF alterations,” said Emily McLaughlin, PanCAN’s Manager of Patient Services, and a co-author of the study.

“Because the alterations are so rare, one single institution wouldn’t be able to draw conclusions about the best treatment approaches for these patients. We were honored to bring together experts from prestigious institutions around the country, like Cedars-Sinai Medical Center, MD Anderson Cancer Center, Dana-Farber Cancer Institute and others, to get meaningful results.”

“Although the numbers of small, publishing these observations can help future patients diagnosed with pancreatic cancer with similar tumor alterations,” McLaughlin said.

PanCAN strongly recommends all pancreatic cancer patients get genetic testing for inherited mutations as soon as possible after diagnosis and biomarker testing of their tumor tissue to help determine the best treatment options. Patients should discuss both tests with their care team. The tests can be available through their treating institution or PanCAN’s Know Your Tumor.