Stories of Hope  Survivors  A Pancreatic Cancer Journey to Healing

A Pancreatic Cancer Journey to Healing 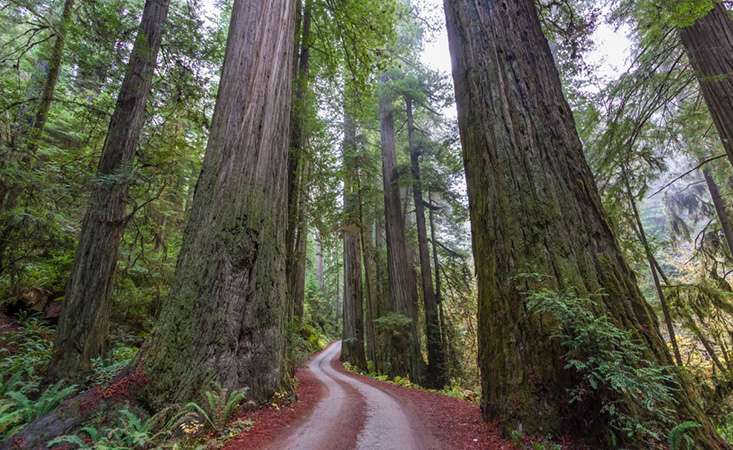 Editor’s note: Caregiver Scott Kriens recently wrote about his wife Joanie’s pancreatic cancer diagnosis and treatment, including clinical trials. We are publishing an excerpt of the story – you can read the full piece here.

Scott says: “We share our story with great hope that it may ease the journey for others, should cancer cross your path.”

In the summer of 2017, my wife Joanie had a routine blood test that revealed a suspiciously elevated biomarker, CA-125, typically indicative of the possibility of cancer in the pelvic area. Our first response was that this must certainly be a mistake and a retest would confirm that. After all, Joanie was perfectly healthy with no discomfort or cause for concern.

However, the second test only confirmed the first, leading to an ultrasound that revealed what was, we thought, the worst possible news – there was evidence of a mass, more than one, strongly suggesting cancer was indeed present in Joanie’s ovaries. 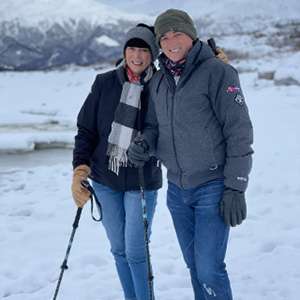 After facing the reality of the prognosis we made a decision. Joanie was 57, had no need for ovaries, uterus, fallopian tubes, or anything else that could be removed to prevent the spread of disease.

A radical hysterectomy followed, after which came a deep sigh of relief. We weren’t completely out of the woods, as there was still a need for chemotherapy to be sure the disease would be put to rest. A port was placed in her body, with the expectation that regular access for intravenous delivery of chemotherapy would be required for six-plus months.

All of this was made bearable by the knowledge that the surgery was behind us, it was successful, and however difficult the chemo would be, it was all part of the recovery and subsequent return to normal life for the next several decades.

Except that is not what happened.

Upon returning to see the surgeon three weeks after the hysterectomy to have a review of the procedure and confirm our progress, we found out something very different. The biopsied tissue was tested in routine pathology following surgery, and the findings were ominous. The tumor tissue was indicative of a different point of origin for the cancer.

At this point, we were sent to a different doctor, to discover a different and potentially much more lethal disease – pancreatic cancer.

After walking numbly across the hospital campus in a fog of disbelief, we found ourselves in the parking lot, unable to start the car, unable to even comprehend what had just happened. We expected to be well on the way to cure of a stage III ovarian cancer, and instead were told we were in a fight with a stage IV pancreatic cancer diagnosis.

We put the best face on it we could, told the kids what we knew, tried our best not to speculate, and went in search of help.

We found PanCAN, an excellent organization dedicated to helping patients by fighting pancreatic cancer in a comprehensive way.

PanCAN strongly recommends that all pancreatic cancer patients get tumor biomarker testing and genetic testing for inherited mutations as soon as possible after diagnosis to help determine the best treatment options.

We contacted Stanford and found a trial for Joanie. For the next year, the results were positive. There were tumors in the pancreas, the liver, and the lungs, all of which responded to treatment and shrunk by 60 to 80%.

Along with these results, CA 19-9, a measurable biomarker that can signal cancer growth, was falling from a high of 17,000 to less than 100, where normal was anything less than 35. This was indeed encouraging, until progress stalled and the masses remained at their reduced levels. Then CA 19-9 began to climb, an indication that the tumor was active and growing.

Something else would be needed. The treatment was no longer working.

Fortunately, at the onset of treatment, tissue from the tumors found in the ovaries was sequenced to see the precise genetic makeup of the tumor mass. We had the individual signature from the biology of Joanie’s disease.

We cannot stress enough the importance of this step -- biomarker testing -- when faced with a cancer diagnosis of any type.

The findings from the biomarker testing led us to another trial, called TAPUR, which explored if existing drugs originally designed for one type of cancer could be treatment options for other cancers.

PanCAN maintains the most comprehensive and up-to-date database of pancreatic cancer clinical trials available in the United States.

By this point in our journey, we came to an important realization. This disease and its prognosis were not a given. Sadly, there are many fatal stories out there, but not all of them are. Ours did not have to be a fatal story.

It became clear to us that attitude and belief matter. It matters for the outlook of the patient, and it matters in the approach and commitment of the team surrounding that patient. Along with the latest advances in cancer science and therapies, gratitude and resilience were an important and absolutely necessary part of the treatment and outcome.

Armed with Joanie’s positive outlook and the results of biomarker testing, we embarked on a search for the latest treatment options, some conventionally available, others not. Over the next year, we used  aggressive radiation, a novel immunotherapy and a personalized cancer vaccine to mount a three-pronged strategy against the progress of the tumors. 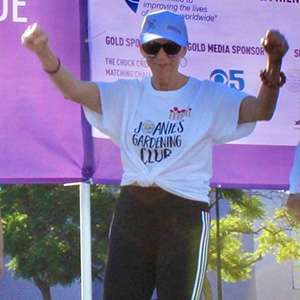 Today, gratefully, Joanie has no evidence of disease and has had clear scans for more than 18 months. We have learned many things. We know that it is possible, at least in the one case described here, to reduce a potentially terminal cancer to a chronic condition that can be managed.

We also know that it is dangerous to casually declare a cure. We are grateful to have found so many dedicated and committed caregivers for all the treatments we have been fortunate to receive. A simple “thank you” hardly say enough. These people are truly heroes.

Below are the 10 most important things we have learned throughout our journey: