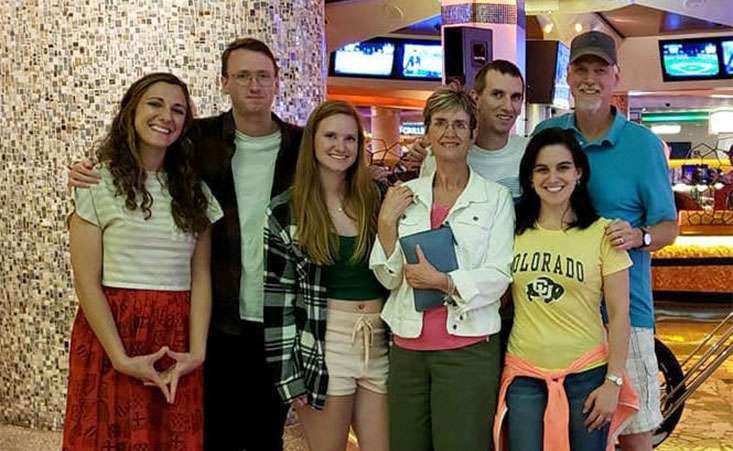 Leslie Kissel was a larger-than-life woman, never known to back down from an adventure. 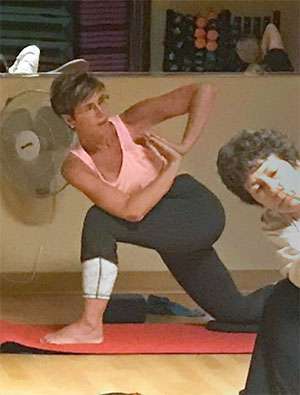 Kissel was an active and adventurous woman, doing yoga and exercising at least six days a week.

Her days were filled with yoga and exercise, her children’s ballgames, concerts or plays, and family time. Just last summer, Kissel climbed the Manitou Incline in Colorado – a steep grade known as a fitness challenge to locals.

Her husband, Tim, shares that his favorite memory of her is “just one long 42-year adventure.” Each moment with his wife mattered to him. After she passed from pancreatic cancer, he made it his mission to advocate for other patients to experience more moments that matter.

Her journey with pancreatic cancer began with a sore calf. As an avid athlete, Kissel did not think much of the pain until it did not subside.

Before boarding a plane for their 40th anniversary trip, she visited a doctor who confirmed it was a blood clot. Further testing revealed a pancreatic tumor.

After only seven weeks since her diagnosis and just one chemotherapy treatment, Leslie Kissel passed.

It was not until her husband, Tim, was presented with a donation to the Pancreatic Cancer Action Network (PanCAN) on behalf of Leslie that he was introduced to the organization. 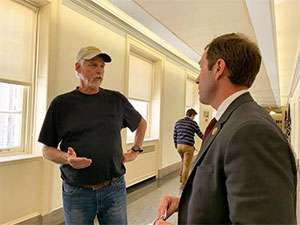 Tim Kissel meets with Congressman Crow to advocate for more funding for pancreatic cancer research in honor of his wife.

Since her passing, Tim says, “My gut tells me what to do and I just follow it.” He signed up for PurpleStride Los Angeles, and at the event he was able to see Alex Trebek, Jeopardy! host and pancreatic cancer survivor, champion for the disease.

This moment really mattered to Kissel because he and his wife would watch the game show each night. His fruitful experience at PurpleStride, the walk to end pancreatic cancer, led him to register for other events in Minnesota, Puget Sound and Colorado, where he is team captain for Team Leslie/Denver. Yet, he still felt that he could do more to honor his wife.

Kissel decided to visit PanCAN’s national office in Manhattan Beach, Calif., where he gained the knowledge and confidence to visit his congressman, Jason Crow, representing the 6th District of Colorado. 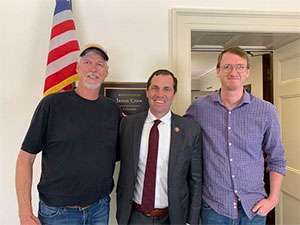 Tim Kissel stands with Congressman Crow in his office in Washington, D.C.

With National Pancreatic Cancer Advocacy Day nearing on June 24-25, Kissel urges others to visit their congresspeople’s office either in Washington D.C., or in their district. But, he states, it is essential to have solid data to help you explain your battle.

“Finding my way to Congressman Crow’s office, explaining my fight, and getting some pictures” have been the most memorable moments for Kissel as an advocate for the world’s toughest cancer. He is excited to say he invited Congressman Crow to walk at PurpleStride Colorado in Denver on June 23.

Kissel gives this advice to others who want to leverage their power as American citizens and honor their loved ones by advocating: “Be yourself, tell your story, and have the facts. [Congresspeople] are busy. Let your passion show. It matters.”