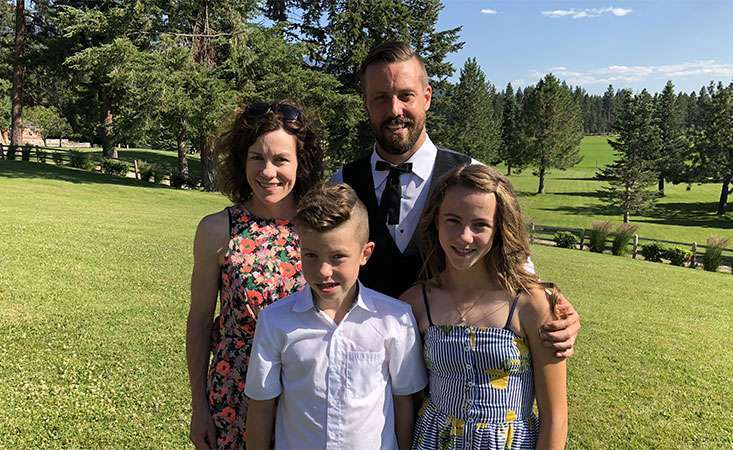 Ingunn Stromnes, PhD, with her husband and two children.

Editor’s note: We recently announced the recipients of our 2019 research grants, awarded through a competitive, peer-review process. Now we’d like to introduce you to each investigator and share what drives them to work in the pancreatic cancer field.

“I’ve heard the analogy that many scientists like solving puzzles,” said Ingunn Stromnes, PhD. “However, with puzzles, the pieces all fit together ahead of time. In science, we don’t even know what some of those pieces are. I think in a sense, one has to be comfortable with not having all the answers.”

Stromnes is focused on improving pancreatic cancer treatment. She believes a key piece of that puzzle is immunotherapy, which has provided remarkable results in other advanced cancers, but so far, not in pancreatic cancer.

During her postdoctoral work, Stromnes developed a promising immunotherapy by genetically engineering T-cells (immune cells) so they can better invade and attack pancreatic cancer, without the toxic side effects of chemotherapy.

As Stromnes was completing her training, a close relative was diagnosed with a cancer that had spread (metastasized). Her relative’s cancer didn’t respond to treatments, including an immunotherapy clinical trial. “I was angry,” Stromnes recalled. “I was upset that there was no other therapy for her, that there was no more hope in finding a cure for her.”

Her relative, however, showed her there was much to be hopeful for. “My relative discussed how her participation in the trial may help someone else in the future,” Stromnes said. “She proved to me that it is important to take risks. She helped me recognize that my broad experiences in research, including pancreatic cancer and cancer immunotherapy, can and should be used to help people like her.

“She gave me the courage to uproot my family, and to start a lab across the country.”

Building upon her previous work in T-cell therapies, Stromnes established her laboratory at the University of Minnesota in 2017. Also in 2017, Stromnes received a Career Development Award, funded in memory of Skip Viragh, from the Pancreatic Cancer Action Network (PanCAN). And in 2019, she received a Catalyst Grant, funded by Nancy Stagliano, PhD, in memory of her mother Julia Stagliano. Both grants provided critical funding for the early-career researcher. 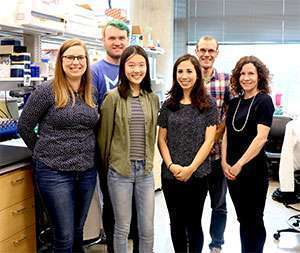 Stromnes’ lab focuses on advancing the understanding of cancer immunology and immunotherapy.

“Since I started my lab, obtaining funding for our research has been the most challenging and high priority task,” Stromnes said. “PanCAN and its grant reviewers believing in our research provides credibility to our work and to me as a new investigator. This award will substantially help me be more successful in competing for other funding in this exciting, yet highly competitive field of cancer immunotherapy research.”

While it’s been a few years since Catalyst Grant funder, Stagliano, was working in a lab herself, she recalls what it was like for early-career researchers striving to establish themselves.

“What is often not well understood is that due to funding constraints, teaching obligations or other challenges, many young promising scientific voices are never fully heard,” Stagliano said. “Thanks to PanCAN, the Catalyst Grant provided me with the opportunity to support a junior investigator who distinguished herself and her ideas through a highly competitive process.

“I am hopeful that the investigator will be able to leverage this funding, to set the foundation for both a fruitful career and meaningful discoveries toward a cure for pancreatic cancer.”

Stagliano continued, “After I lost my mother to pancreatic cancer only eight weeks after her diagnosis, I have tried to seize the day and make an impact (sometimes big, often small) every day.”

Stromnes expressed her gratitude for the donors who’ve funded her research. “It is an honor, privilege and a tremendous responsibility to receive this support,” Stromnes said. “Their altruism will change lives.”

Outside the lab, Stromnes spends time with her family. Her two children inspire her to set the best example for them. In particular, she’s proud to show her daughter that it’s possible to be a leading woman scientist.

Also in her spare time, Stromnes is an avid runner and usually does one marathon a year. “Running provides me time to process the research in a different way and can lead to new ideas or clarity on what the next step should be,” Stromnes said. “And training for marathons can feel a lot like research at times. There can be months where you feel like there has been no progress.

“Then, there are these moments of tremendous productivity and success.”

PanCAN and our community is cheering for Stromnes and her team every step of the way.

Inspired by this story? You can make a difference, too. Support scientific research aiming to improve pancreatic cancer patient outcomes.
Share  Tweet
More on:
You may also be interested in...