A Clinical Trial Gives Mike Time with His Son 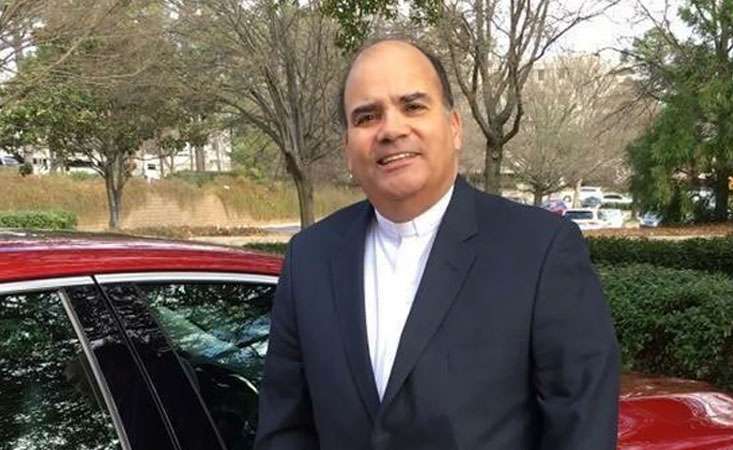 When Mike Donaldson was diagnosed with pancreatic cancer in 2014, he was not yet a father. Now, he and his son have been to all 50 states together.

A clinical trial helped get him there.

In March 2014, 55-year-old Mike was feeling very weak and had a persistent cough. A visit to his primary care physician started with a very low blood pressure reading and ended with a trip to the intensive care unit (ICU) after he vomited blood and lost consciousness.

Many days and tests later, imaging scans revealed a large mass on his pancreas.

Mike visited a local oncologist. “He went to a three-ring binder kind of thing and showed me, ‘Here’s the standard treatment.’

“I wasn’t that comfortable with that.”

So Mike saw more oncologists at different centers: “It’s so important to get a second opinion, or even a third opinion, before starting treatment.”

In a visit with a pancreatic cancer specialist, Mike was given the option to start a standard chemotherapy or join a phase II clinical trial.

The Pancreatic Cancer Action Network (PanCAN) strongly recommends clinical trials at diagnosis and during every treatment decision. PanCAN Patient Services can give you information about clinical trials and search for trials that meet your needs.

Mike researched the clinical trial the oncologist presented, looking at the abstract that included the trial’s phase I results. “I wanted to read as much I could.”

The trial was testing a new combination of drugs that had already been approved for use in patients. In phase I, it reduced the tumor size and had fewer side effects than standard of care.

He and his wife decided the trial was his best option. He began the trial, with his wife and their newborn son by his side.

During three-week cycles, Mike took a pill for 14 days straight and went into the hospital on two days for an all-day IV. He worked the whole time and felt good.

The investigational treatment was also working well – his tumor had shrunk significantly.

Unfortunately, Mike developed inflamed veins, called varices, which caused small blood vessels to leak. A procedure to try to fix these turned life-threatening. Mike had to stop chemotherapy, which meant stopping the trial.

He was sent home with no other treatment options.

Mike felt like he had lost all hope. Then he got a call from his oncologist, who had discussed Mike’s case with a surgeon who was willing to try to remove his now-smaller tumor.

Mike had never had surgery in his life. In January 2015, his first-ever procedure was a distal pancreatectomy. The tumor was removed cleanly, though six of the eight lymph nodes removed showed signs of cancer.

Mike knew those lymph nodes might mean the cancer had not all been caught by the surgery.

After a relatively easy recovery from surgery, Mike had six more rounds of the investigational treatment combination he received through the clinical trial.

He’s been off chemotherapy since June 2015.

Nearly seven years after getting a late-stage pancreatic cancer diagnosis, Mike has no evidence of disease. “I give the credit to God, prayers of many people and clinical medicine,” he says.

“I have to take insulin four times a day, but other than that, I’m able to do everything everyone else does. I get tired sometimes, but I know how to adjust my insulin, or sugar levels, to work with it.”

He’s taken his now-6-year-old son – the son he thought he wouldn’t be able to get to know – on trips to all 50 states. He’s getting his PhD in Theology. He’s 62 years old and thriving.

Mike acknowledges that this is not everyone’s story. He knows the grim statistics. But he also knows firsthand that people do survive and thrive.

He hopes to be the example to let others diagnosed know it’s possible, including by volunteering with PanCAN’s Survivor & Caregiver Network.

Contact PanCAN’s Patient Services for free, in-depth information about the disease, including treatment, clinical trials and a list of specialists.