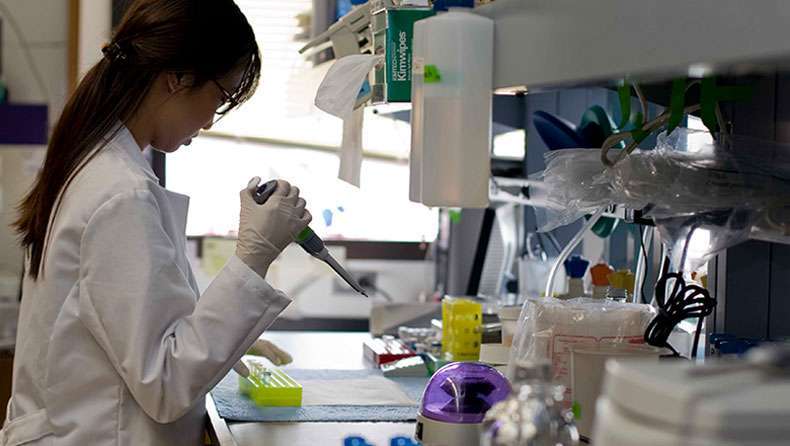 Every year, the American Association for Cancer Research (AACR), the oldest and largest organization dedicated to advancing cancer research, publishes their Cancer Progress Report. The 2018 report, released on Sept. 12, provides a summary of the past year’s accomplishments in cancer early detection, prevention, precision medicine, immunotherapy and more. 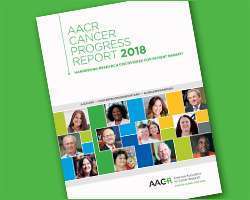 “This is an incredibly exciting time for cancer research,” the Executive Summary of the report begins. “The rapid pace and broad scope of the progress we are making against the collection of diseases we call cancer are extraordinary.”

“During the almost 30 years since I began my fellowship in oncology, we have made unprecedented progress against cancer,” wrote Elizabeth Jaffee, MD, president of the AACR and deputy director of the Sidney Kimmel Comprehensive Cancer Center at Johns Hopkins University.

Jaffee is a pioneer in cancer immunotherapy and a member of the Pancreatic Cancer Action Network’s (PanCAN) esteemed Emeritus Scientific and Medical Advisory Board.

“These advances occurred largely because of tremendous progress in basic research,” Jaffee continued.

PanCAN shares AACR’s focus on supporting cancer research across the entire spectrum – from basic science meant to understand the specific biological features of cancer cells, to translational research to determine whether promising laboratory findings are poised for clinical investigation and finally to clinical research, testing whether a new diagnostic tool or treatment option can benefit patients and extend survival.

“Both PanCAN and AACR prioritize directly funding research as well as advocating for more federal funding and resources to improve cancer patient outcomes,” said Lynn Matrisian, PhD, MBA, chief science officer at PanCAN and a former president of the AACR.

“Every breakthrough detailed in AACR’s Cancer Progress Report each year stemmed from researchers’ findings in their labs that were translated into patient benefit.”

She added, “Pancreatic cancer is one of the cancers that is benefiting greatly from the progress in basic research. There are some great ideas for improved early detection methods and better treatment options that are being vetted through translational and clinical efforts.

“It feels like real advances are just on the horizon.”

Pancreatic cancer has the lowest five-year survival rate of all major cancers, at just 9 percent. Currently the third leading cause of cancer-related death in the United States, pancreatic cancer is predicted to become second around 2020, based on a heavily cited paper published by PanCAN in AACR’s flagship journal, Cancer Research.

One of the topics highlighted in AACR’s report was precision medicine, which involves matching a cancer patient with personalized treatment options that align with their tumor’s molecular profile, or biological characteristics.

“In June of this year, we published findings from our Know Your Tumor® precision medicine service, suggesting that patients with certain molecular characteristics, who receive appropriate targeted therapy, have better outcomes,” Matrisian said.

The AACR report also celebrated progress being made in the field of immunotherapy, which trains the patient’s own immune system to recognize and attack their cancer cells.

An immunotherapeutic approach that has benefited some pancreatic cancer patients is the 2017 FDA approval of Keytruda, the first drug approved to treat any solid tumor, anywhere in the body, that displays certain molecular features.

“Aside from Keytruda, immunotherapy has not yet been found to be effective in the treatment of pancreatic cancer,” Matrisian said. “However, clinical trials are underway to determine if other immunotherapeutic approaches, alone or in combination, can lead to meaningful progress in this disease.”

Jaffee closed her letter in the report saying, “I foresee a future in which a patient with cancer, even one with metastatic disease, would visit his or her oncologist periodically during which the patient might receive a treatment or have the treatment regimen tweaked. The cancer would be under control, and it will be possible for the patient to live a normal life.”

“We commend Dr. Jaffee, Dr. Foti [AACR’s CEO] and the entire AACR team for putting together this important report each year, and for their efforts to support potentially lifesaving cancer research,” Matrisian added.

“We at PanCAN are dedicated to continuing to advance research, support patients and create hope for everyone affected by pancreatic cancer.”