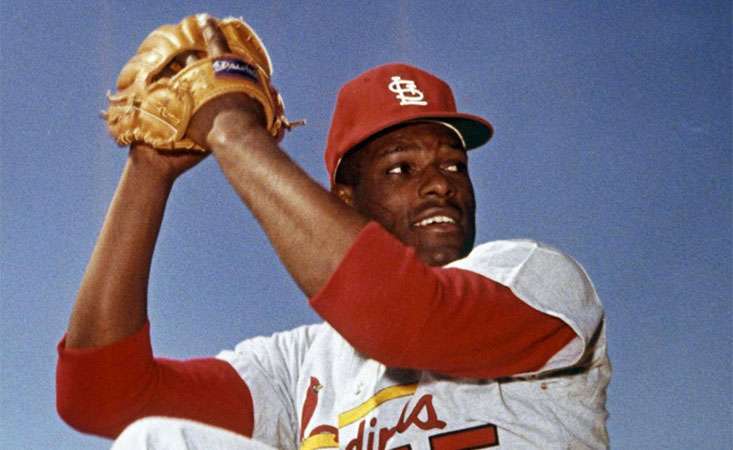 Baseball Hall of Famer Bob Gibson, considered one of the best pitchers of all time, was diagnosed with pancreatic cancer.

Right-handed baseball legend Bob Gibson, formerly of the St. Louis Cardinals, is battling pancreatic cancer. The news came on July 13 from a message he sent to the living Baseball Hall of Famers. According to his agent, Dick Zitzmann, who spoke with the St. Louis Post-Dispatch, Gibson was diagnosed a few weeks ago and is being hospitalized in his hometown of Omaha, Neb.

Widely considered one of the greatest pitchers of all time, Gibson spent 17 seasons with the Cardinals and won the Cy Young Award twice. He is a two-time World Series Champion and was named MVP both times the Cardinals played and won the championship. 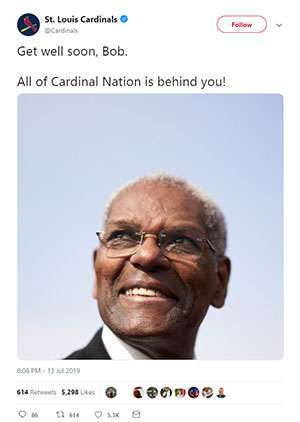 “Get well soon, Bob. All of Cardinal Nation is behind you!” the Cardinals tweeted late on Saturday.

Zitzmann said in the article that Gibson would immediately undergo chemotherapy. “He’s a fighter. He’s a tough guy and everyone knows it in St. Louis. He’s determined to go at this full speed ahead.”

Risk factors for developing pancreatic cancer include family history of the disease, age, chronic or hereditary pancreatitis, smoking, obesity and long-standing diabetes. These and other risk factors are still being investigated.

African-Americans are at an increased risk for pancreatic cancer. Black Americans have the highest incidence rate of pancreatic cancer of all ethnic/racial groups in the United States, up to 67 percent higher than any other group, according to the National Cancer Institute SEER data. Although there are many pancreatic cancer risk factors, there is evidence that this racial disparity is more related to social and access issues rather than biology.

Pancreatic cancer may cause only vague symptoms that could indicate many different conditions within the abdomen or gastrointestinal tract. Symptoms may consist of: