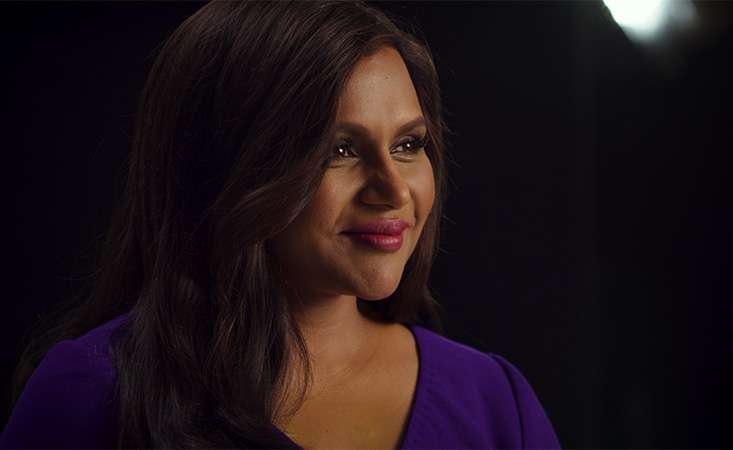 Pancreatic cancer is currently the third leading cause of cancer-related death in the U.S., with an overall five-year survival rate of just 10 percent. In 2020, more than 57,000 people will be diagnosed with pancreatic cancer in the U.S. and approximately 47,000 will die from the disease. While pancreatic cancer has received more attention recently due to many prominent individuals who have been affected including “JEOPARDY!” host Alex Trebek, as well as the recent passing of Supreme Court Justice Ruth Bader Ginsburg and U.S. Representative John Lewis, an increase in public awareness and research funding remain critical.

Kaling lost her mother, Swati Chokalingam, following a stage IV pancreatic cancer diagnosis in 2011. An OB/GYN in the Boston area who loved her job and the community of women she treated over the years, Chokalingam was well aware that her persistent backache, weight loss and the yellowing of her eyes were symptoms of pancreatic cancer, which Kaling acknowledged made it very hard for her mother.

“I remember at that time, that really felt like the moment in my life where I had to become a real grown up,” said Kaling while on set with PanCAN in Los Angeles. “And I had to be strong because she couldn’t see me weak or broken by the news – I wanted to give her hope.”

Since her mother’s passing, Kaling has made it a priority to support PanCAN and its mission to fund pancreatic cancer research. “PanCAN provided resources for my family when my mother was diagnosed, and that’s why it’s important to me to be part of this campaign.”

“I think it would make my mother so happy to know that I’m doing something to help other families who are going through what my family went through because it was the greatest trial of our lives,” said Kaling.

“We are so grateful to Mindy for her ongoing generosity and support and her vulnerability in sharing her story with us this November. She’ll undoubtedly bring more urgency and attention to this deadly disease that is in critical need of additional research and funding,” said Julie Fleshman, JD, MBA, PanCAN’s president and CEO.

“Pancreatic cancer patients can’t afford to wait. Every dollar donated through this month’s campaign can make a difference and goes to support PanCAN’s programs and services including essential research that will lead to early detection and better treatment options.”

As a leading organization dedicated to improving the lives of everyone impacted by pancreatic cancer, PanCAN leads large-scale, groundbreaking research initiatives that will be the catalyst for transforming the way pancreatic cancer is detected and treated. From early detection to innovative new treatment approaches, as an unbiased stakeholder, PanCAN is uniquely positioned to bring together the nation’s key thought leaders and experts in the pancreatic cancer research field to help patients thrive. Since 2003, PanCAN has invested approximately $126 million in pancreatic cancer research. This year alone, despite a global pandemic, PanCAN will invest $23 million toward its research initiatives. This investment is only made possible by the support of generous donors.

To watch Kaling’s PSA videos and to learn more about PanCAN’s research initiatives and how you can take action all month, including on World Pancreatic Cancer Day (Nov. 19), visit pancan.org and follow PanCAN on Twitter, Instagram and Facebook.

About the Pancreatic Cancer Action Network