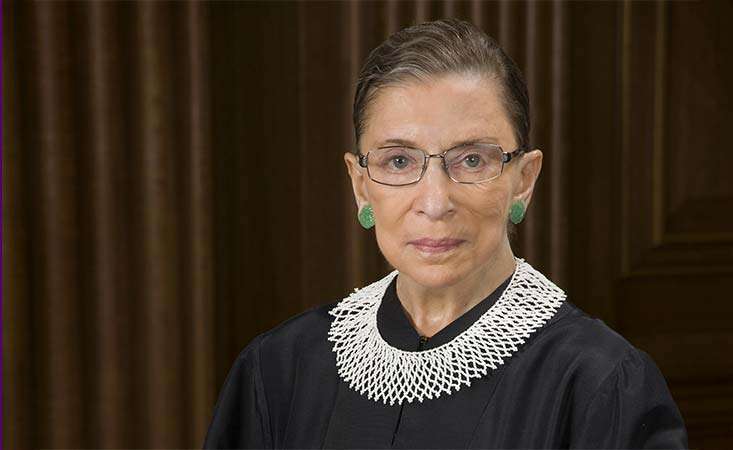 The U.S. Supreme Court announced today that Justice Ruth Bader Ginsburg, 86, has just completed a three-week course of radiation therapy to treat a tumor on her pancreas.

There is no evidence of disease elsewhere in the body, and no further treatment is needed at this time.

Ginsburg was diagnosed with early stage pancreatic cancer in 2009. She had no symptoms of the disease – it was discovered during a regular checkup.

She had surgery to remove the body and tail of her pancreas, along with her spleen. Afterward, Ginsburg said the experience gave her “an enhanced appreciation for the joys of being alive.”

This summer, a tumor was detected on her pancreas, and a biopsy was performed.

Ginsburg has had four bouts with cancer, including colon cancer in 1999 and, in late 2018, cancerous nodules were removed from her left lung.

Radiation therapy is one of several treatment options for pancreatic cancer.

The goal is to stop the tumor from growing or to shrink it, while not harming the healthy organ or tissue nearby. Radiation therapy is used to treat small, localized tumors within the pancreas.

Stereotactic radiation delivers high doses of radiation through a narrow beam pointed directly to the tumor over fewer treatments than conventional radiation therapy.

Patients who are diagnosed with metastatic disease, or cancer that has spread outside their pancreas, typically do not undergo surgery or radiation therapy. More typical treatments are chemotherapy, with some patients receiving targeted therapy or immunotherapy.

You are your own best advocate. PanCAN strongly recommends that you discuss your treatment goals with your healthcare team and know all of your options at every stage of your disease. 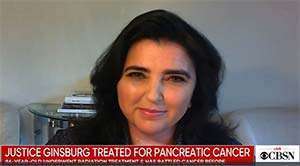 Pancreatic Cancer Action Network (PanCAN) Chief Medical Officer Victoria Manax, MD, appeared on CBSN Aug. 23 to discuss the disease and its prognosis, saying, “Usually with radiation therapy, patients have the opportunity to recover a lot more quickly. Her recovery won’t be as substantial as someone receiving combination chemotherapy.”

Pancreatic cancer is the third leading cause of cancer-related deaths in the United States, with more than 56,000 diagnoses estimated in 2019. The disease has the lowest survival rate of all major cancers at just 9 percent.

Since 2003, PanCAN has invested an estimated $105 million in pancreatic cancer research as part of its mission to improve patient outcomes.

Ginsburg is one of many public figures affected by pancreatic cancer.