Stories of Hope  Survivors  Mom of 3 on Positivity and a Giving Spirit, Nearly 11 Years After Diagnosis

Mom of 3 on Positivity and a Giving Spirit, Nearly 11 Years After Diagnosis 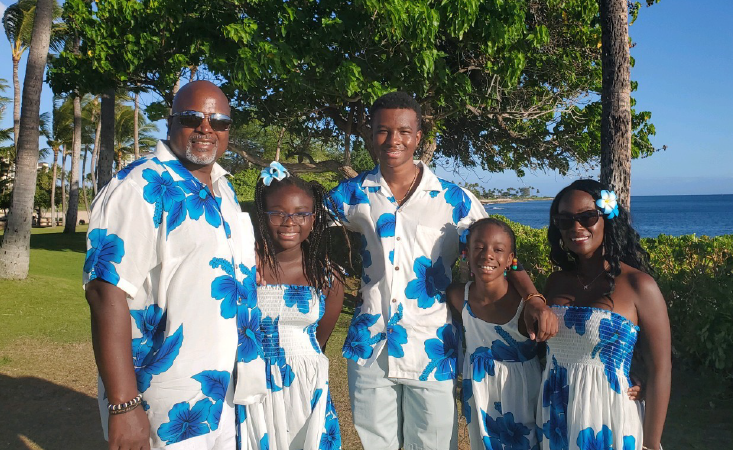 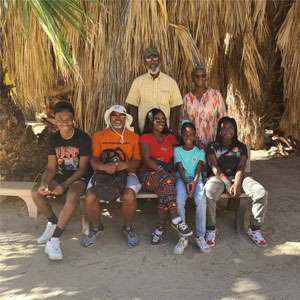 Pamela Jackson with her husband, children and parents, Robert and Bernice Miller

Pamela Jackson was pregnant with her second child and in her third trimester when she was diagnosed with pancreatitis. Six times at least, landing her in the hospital each time. And although her gastroenterologist ordered an endoscopic ultrasound after the baby was born, the results were negative.

But months later, in March 2011, during a trip to Florida, Pamela had such intense stomach pain that she began taking prescription pain medication like candy. One day at Disneyworld, her husband stepped in. “We’re going to the ER,” he told her.

This time, a hospital visit eventually led to a pancreatic cancer diagnosis. Adenocarcinoma, the most common form of the disease, in the tail of her pancreas. The tumor had been blocking her bile duct, which was the source of the pain.

Back home in California, she had surgery to remove the tumor, followed by six months of chemotherapy and six weeks of radiation.

The following year brought far better – although also unexpected – news to the family.

“It was April 2012,” Pamela said. “I came downstairs one day, and my husband commented on my stomach. ‘Are you pregnant?’ he said. “I said no way, not possible – I JUST finished chemo and radiation.”

After her pancreatic cancer diagnosis, Pamela said she didn’t want to share much about her experience. She felt that people might think that she did something to cause it. She hadn’t smoked, she wasn’t a heavy drinker, and she didn’t have a family history of the disease – most of the pancreatic cancer risk factors hadn’t applied to her.

She contacted PanCAN Patient Services for free information, resources and support after her husband found PanCAN during his research into where to get help.

She wishes her doctors had told her about PanCAN.

“I wish all healthcare professionals knew more about how valuable PanCAN’s free programs and services are to patients and families, so they could advise their patients to reach out right away.”  Contact PanCAN Patient Services for free resources and support.

Pamela got involved with PanCAN after she finished treatment.

She shared her story at PanCAN PurpleStride Los Angeles 2013, and she attended PanCAN’s annual advocacy event in Washington, D.C., to urge Congress to make pancreatic cancer research funding a priority.

“Otherwise, I kept my cancer quiet for a very long time,” she said.

Now, though, she is ready to speak out in a bigger way about the disease. She is sharing her experience more broadly in hopes of helping others who have faced pancreatic cancer, too.

She is also determined to make sure the Black community has more information on pancreatic cancer and the risk factors and symptoms. She was diagnosed early but knows that is rare with this disease, and that it affects Black Americans more than any other racial or ethnic group.

“It used to be that I’d break out in a cold sweat just thinking about telling my story,” Pamela said. “But I’m past that. I’m OK coming out of my comfort zone, if it will help others who are going through what I did. Pancreatic cancer was not on my radar until I was diagnosed. More education is definitely needed.” 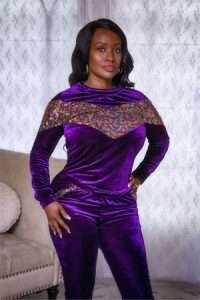 Today, 10 years after finishing treatment, Pamela’s scans (which she now has every three years) still show no evidence of disease. She takes pancreatic enzymes to help process food, but she is not diabetic and said she feels great.

“Pancreatic cancer is still on my mind and of course I have moments of panic, occasionally. Every time I hear of someone being diagnosed with pancreatic cancer, especially a celebrity or someone in the public spotlight, there’s a dip in my emotional wellbeing. But I’ve learned to just allow those feelings to happen and know that I will recover, and then I’ll go back to doing all the things I enjoy.”

Among those things are sharing positivity and smiles, even with strangers.

She and her husband, along with their children – 16, 11 and 9 – are known for doing good deeds for people.

“I carry little pouches in my purse with $5 in them and a card that says, ‘Roses are red, violets are blue…here’s a little something, just for you.’

“We hand them out to people to say thank you, even for little things, like washing our car at the car wash on a 120-degree day. I want my kids to have a giving spirit. Since I’m able to be here with them, I’m going to make sure that they do. It’s my purpose.”

To those currently facing the disease, Pamela encourages them to remember, “You are not alone. There is hope. Be encouraged. It’s possible to come out smiling on the other side, doing good in the world.”