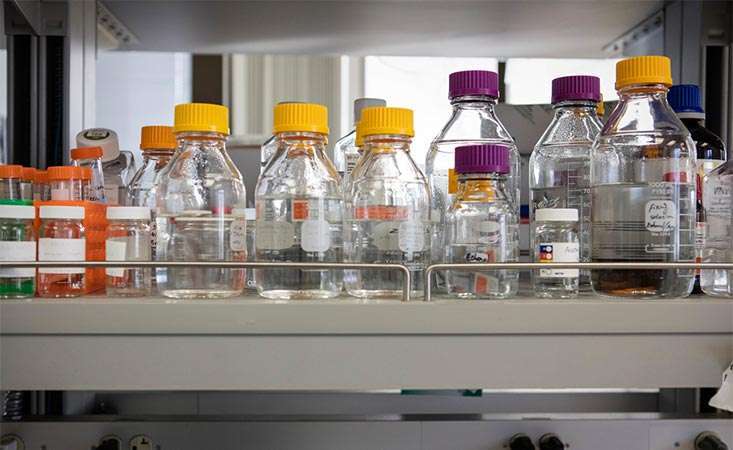 All the way across the country from one another, two pancreatic cancer researchers made similar discoveries in their labs. Rushika Perera, PhD, is an assistant professor in the department of anatomy at the University of California, San Francisco, and Alec Kimmelman, MD, PhD, is professor and chair of radiation oncology at NYU Langone Health.

Perera and Kimmelman are both interested in a process called autophagy, whereby pancreatic cancer cells digest components of themselves – sometimes known as “self-eating” – to ensure they have enough nutrition to survive.

The two scientists, both of whom received Pancreatic Cancer Action Network (PanCAN) Career Development Awards at pivotal moments as they launched their own labs, wondered whether this process might be involved with a feature that makes pancreatic tumors especially difficult to treat – their ability to hide from the patient’s immune system. 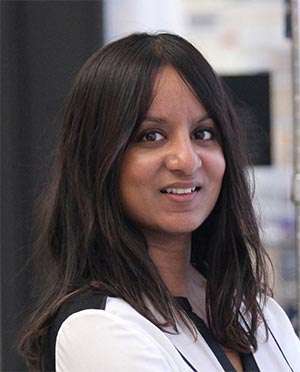 “At a meeting in 2018, Alec and I discovered that our labs had independently found a role for autophagy in regulation of a protein called major histocompatibility class I (MHC-I), via independent and very different approaches,” Perera said.

Kimmelman, recipient of early-career funding from PanCAN in 2010, has studied autophagy and pancreatic cancer for many years. Perera’s research focuses on the lysosome, a component of the cell that breaks down proteins into digestible building blocks and plays a critical role in autophagy.

MHC-I is a protein that sits on the outside of all cells in the human body, and it functions as a beacon to the immune system – displaying small pieces of protein from inside the cell. Under normal conditions, MHC-I will display familiar “self” proteins that don’t spark the immune cells’ attention.

But if there’s an infection or other foreign body inside the cell, MHC-I will show it to the immune system. When cells within the immune system detect a foreign invader, they launch an attack.

Pancreatic cancer cells express abnormal versions of proteins (caused by mutations, gene fusions or other changes) that could attract the attention of the immune system when displayed by MHC-I.

But they rarely do.

And efforts in the clinic to activate and strengthen an immune response against pancreatic tumors via immunotherapy have been notoriously unsuccessful.

Perera and Kimmelman and their research teams believed they had found a reason why.

“Having realized that our findings might be impactful for the field, we decided to join forces using complementary approaches that our respective labs had developed,” Perera said.

A new way to hide from the immune system

The results of their collaboration were published recently in the esteemed journal Nature. The work was partially funded by Perera’s 2016 PanCAN Career Development Award, generously funded in memory of Skip Viragh.

“Our study uncovers a new strategy that pancreatic cancer cells use to hide from the immune system,” she said.

A decades-old malaria drug, called chloroquine, can block autophagy. It has been evaluated in pancreatic cancer patients but has shown limited effectiveness when given by itself.

Based on other results partially funded by PanCAN, clinical trials are underway testing hydroxychloroquine in combination with drugs that block signaling from mutant KRAS, the most frequently mutated protein in pancreatic tumors.

After Perera and Kimmelman’s labs discovered that autophagy is involved in pancreatic tumors’ ability to hide from the immune system, they hypothesized that blocking autophagy with chloroquine at the same time as enhancing an immune response with immunotherapy drugs might be an effective treatment strategy.

Results published in the Nature paper showed that combining chloroquine with a type of immunotherapy drug called a checkpoint inhibitor blocked the growth of tumors in mouse models of pancreatic cancer.

Based on these encouraging results, future clinical trials can assess whether this treatment combination, with or without the addition of chemotherapy, could be effective in clinical trials in patients. And, scientifically, they will continue to discover underlying reasons why MHC-I is targeted by autophagy and the lysosome.

Perera’s PanCAN Career Development Award was one of the first grants her newly established lab received, she told us.

“This allowed us to conduct some of the first experiments that uncovered alterations in MHC-I in pancreatic cancer cells. And attending and presenting at PanCAN events allowed me to get valuable feedback at an early stage of the project.”

If you have questions about this study or would like information about treatment options, including clinical trials, for patients with pancreatic cancer, contact PanCAN’s Patient Services