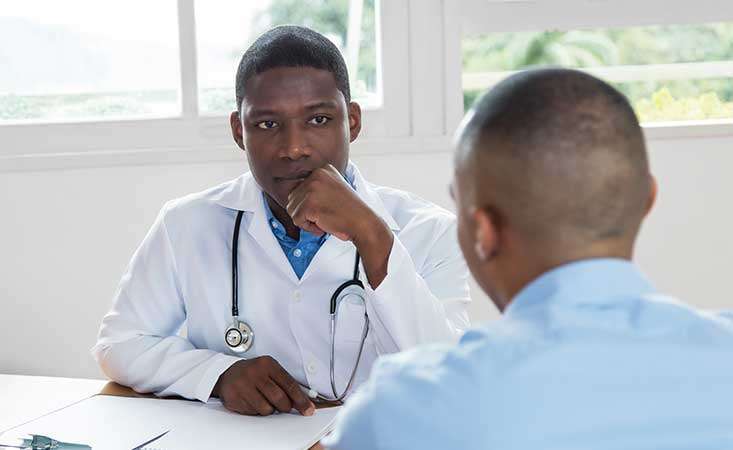 In fact, the pancreatic cancer incidence rate for African-Americans is the highest of any racial or ethnic group – up to 67 percent higher – according to the National Cancer Institute’s Surveillance, Epidemiology, and End Results program.

This increased incidence rate, defined as the number of people affected by a disease per 100,000 individuals, makes African-American heritage a standalone risk factor for developing pancreatic cancer.

Evidence suggests that the increased incidence may be due to lifestyle, socioeconomic factors and disparities in care, rather than genetics.

If you’re concerned about your likelihood of developing pancreatic cancer, take our Risk Assessment Test.

Some good news came out of the ACS report.

As they highlight in their press release, the gap in death rates is narrowing between black and white Americans within certain age groups. For example, cancer death rates were 102 percent higher in black vs. white men aged 40 to 49 during 1990-1991, whereas the difference dropped to 17 percent during 2015-2016.

The rates of pancreatic cancer incidence and death are not broken down by age groups, although the disease is most prevalent among people aged 65 to 74.

As February marks Black History Month, it’s important to note discrepancies in pancreatic cancer incidence and death rates, while working together as a community to ensure that people of all racial and ethnic backgrounds are aware of treatment options, including clinical trials, and have access to the best care.