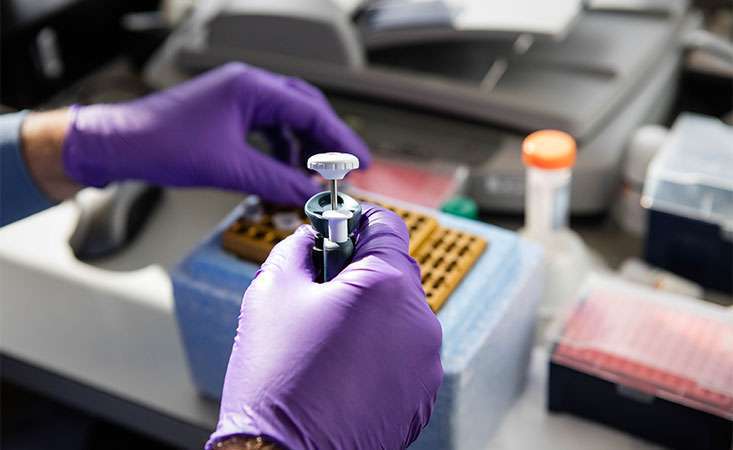 The largest-ever molecular analysis of pancreatic cancer tissue samples – from more than 3,500 patients – revealed some new clues about the disease.

Recently published in the journal Gastroenterology, the effort was led by Aatur Singhi, MD, PhD, assistant professor of pathology at the University of Pittsburgh Medical Center (UPMC). Singhi received a coveted Translational Research Grant from the Pancreatic Cancer Action Network (PanCAN) in 2016, which was cited as a funding source for the paper.

“The purpose of this study was to define the ‘actionable’ genome (genetic changes that have been linked to known treatment options) for pancreatic cancer (pancreatic ductal adenocarcinoma),” Singhi explained. “We conducted targeted genomic profiling of genes known to be mutated in not only pancreatic cancer but all cancer types.”

As an example, this large-scale effort allowed the research team to scrutinize tissue samples from patients whose tumors had normal KRAS, instead of the mutated version that is present in most cases of the disease. Singhi and his colleagues found several genomic alterations in the tumors with normal KRAS that had been previously observed in other cancer types, but not pancreatic cancer.

“Moreover, these alterations are known to be targetable with existing drug regimens and potentially therapeutic for patients with pancreatic cancer as well,” he added. 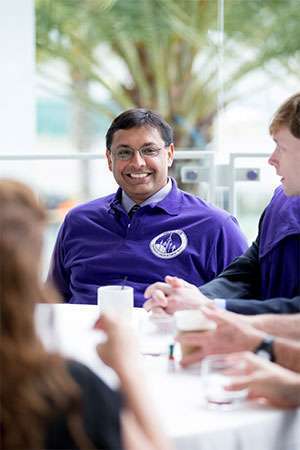 A significant number of tumor samples analyzed within Singhi’s study were obtained through PanCAN’s Know Your Tumor® precision medicine service. In June 2018, PanCAN and colleagues published results from the first 640 patients who participated in Know Your Tumor – and reported that patients with highly actionable alterations found in their tumor who went on a matched therapy had better outcomes.

“Our findings align with the Know Your Tumor data and also include an evaluation of potential early detection biomarkers,” Singhi said.

The focus of Singhi’s PanCAN grant, and much of his research effort, is on characterizing pancreatic cysts.

“About 15 percent of pancreatic tumors arise from cysts,” he said, “with the majority being intraductal papillary mucinous neoplasms (IPMNs).”

Singhi continued, “However, approximately 1 to 2 percent of the U.S. population harbors an IPMN, and certainly not all will progress to pancreatic cancer.”

Therefore, a key focus of Singhi’s and others’ work is on characterizing cysts of the pancreas – determining ways to predict which are most likely to progress to cancer and require immediate therapeutic intervention, and which are less likely to impact the patient’s long-term health.

In October 2017, Singhi and colleagues published a description of a now-available clinical test developed at UPMC, known as PancreaSeq, that aims to assess a cyst’s likelihood of progressing to cancer.

Through the data generated from the current study, Singhi and his team pinpointed molecular features of tumors that arose from IPMNs.

“Our current study expands the potential early detection markers for pancreatic cysts that we hope to validate with PancreaSeq,” he said.

Singhi expressed gratitude to PanCAN for providing funding and support to the development of PancreaSeq and to this large research study. “I am indebted to PanCAN for jump-starting my career in pancreatic cancer and genomic testing.”

He continued, “Without funding and support from PanCAN, I would not have been able to put this study together as well as others.”

Research grant recipients like Dr. Singhi could not move their science forward – to identify more effective treatment options and better early detection strategies – without your support.
Share  Tweet
More on:
You may also be interested in...